Voice messaging is coming to LinkedIn - OnMSFT.com Skip to content
We're hedging our bets! You can now follow OnMSFT.com on Mastadon or Tumblr! 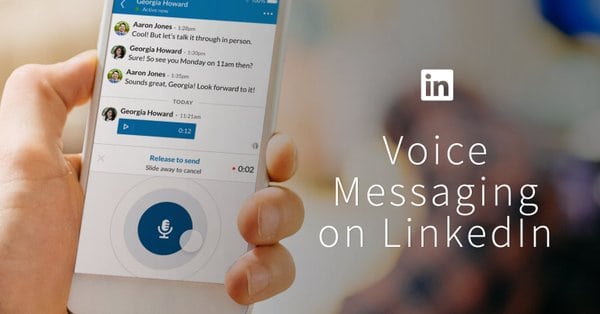 LinkedIn is catching up with Skype, WhatsApp and Facebook Messenger with the addition of voice messages, the company announced yesterday. The new feature has started rolling out on the LinkedIn apps for iOS and Android, and it will allow users to send voice messages up to one minute.

“Speaking in your own voice allows you to build a more personal connection and effectively communicate,” the company explained. “It’s easier for your tone and personality to come through, which can sometimes get lost in translation in written communications.”