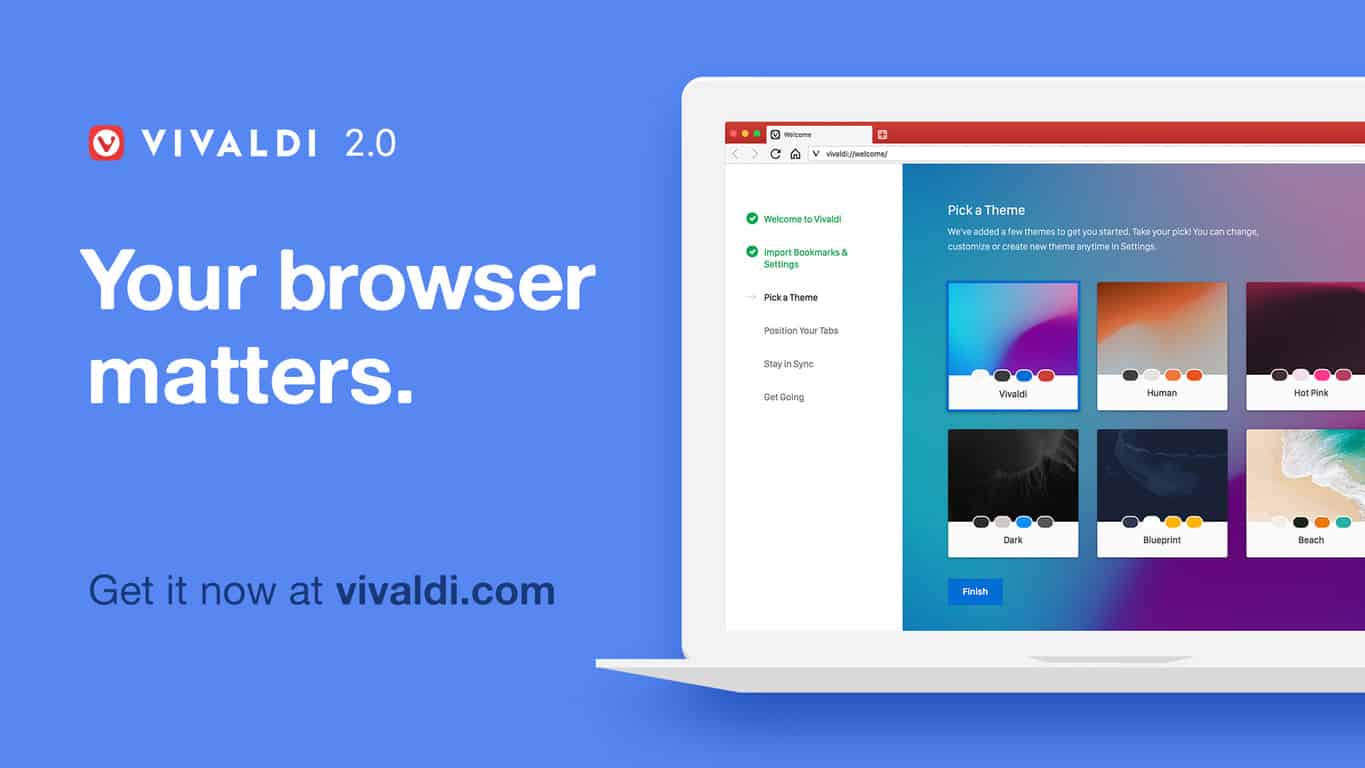 Vivaldi, an alternate and niche web browser for Windows, announced the launched of the new version of its browser, Vivaldi 2.0. Vivaldi is a free web browser developed by Vivaldi Technologies, a company founded by Opera Software co-founder and former CEO Jon von Tetzchner.

According to the company, it has made over 1,500 improvements since launching the first version in 2016. The latest version brings sync between computers, enhanced side panels, resizable split-screen tabs, and much more.

The latest update to Vivaldi comes with a sleek user interface, revamped theming options, and a refreshed onboarding experience. There are several new customizations options and Vivaldi now also allows users to explore their own browsing habits with statistics and visual clues through a reimagined, in-depth History.

Vivaldi 2.0 introduces a much-requested feature that allows private and secure syncing across computers. It can now sync a user’s data between multiple computers, including their Bookmarks and Speed-Dials, saved passwords and autofill information, History, extensions as well as Notes.

The company claims that all synced data is protected with an end-to-end data encryption and never shared in the clear with Vivaldi. To keep the user data safe, no third-party servers are used.