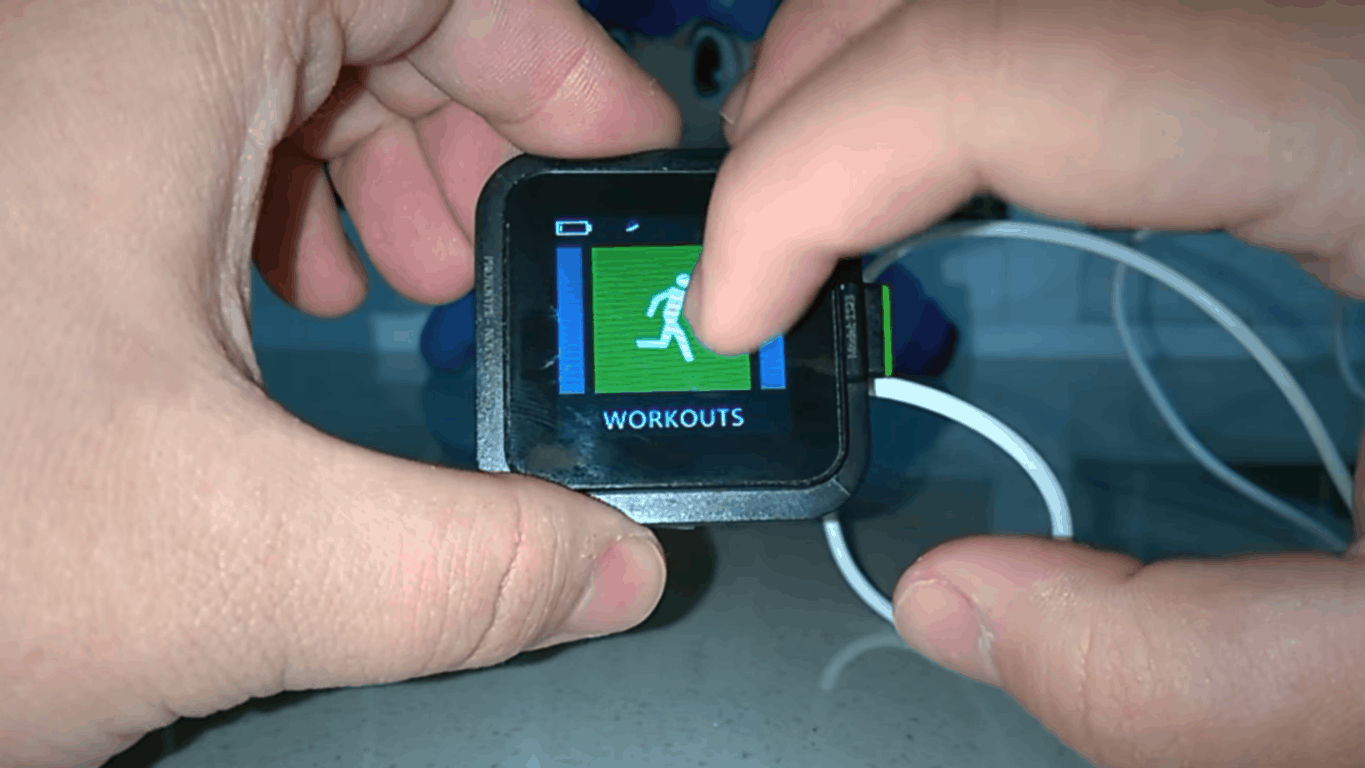 Just last week some then new images of the long-dead Xbox Watch prototype leaked on the internet. Noted by Windows Blog Italia, the same person who leaked the original images recently posted a Hands-On video showing some workings of the Xbox branded wearable device.

You can see that the person struggles to keep the Xbox Watch charged, having to do a bit of juggling with the cables in order to use the device and keep it running through several reboots. Despite this, still shown off is the UI of the watch, which is very reminiscent of the tiled interface on Windows Phone.  There are three specific areas or apps of the UI which the user shows off--- Workouts, Freeplay, and Settings.

It appears as though the Workout app does not do much and leads to a "please subscribe" menu. The Freeplay app, meanwhile, leads to an option to turn on or off GPS. And finally, the Settings menu shows some information about the device, the user. and gives options to control brightness.

It's definitely cool to see the device in action, especially since it never came to be. Do you think this is a cool prototype? Feel free to let us know your thoughts in the comments section below.