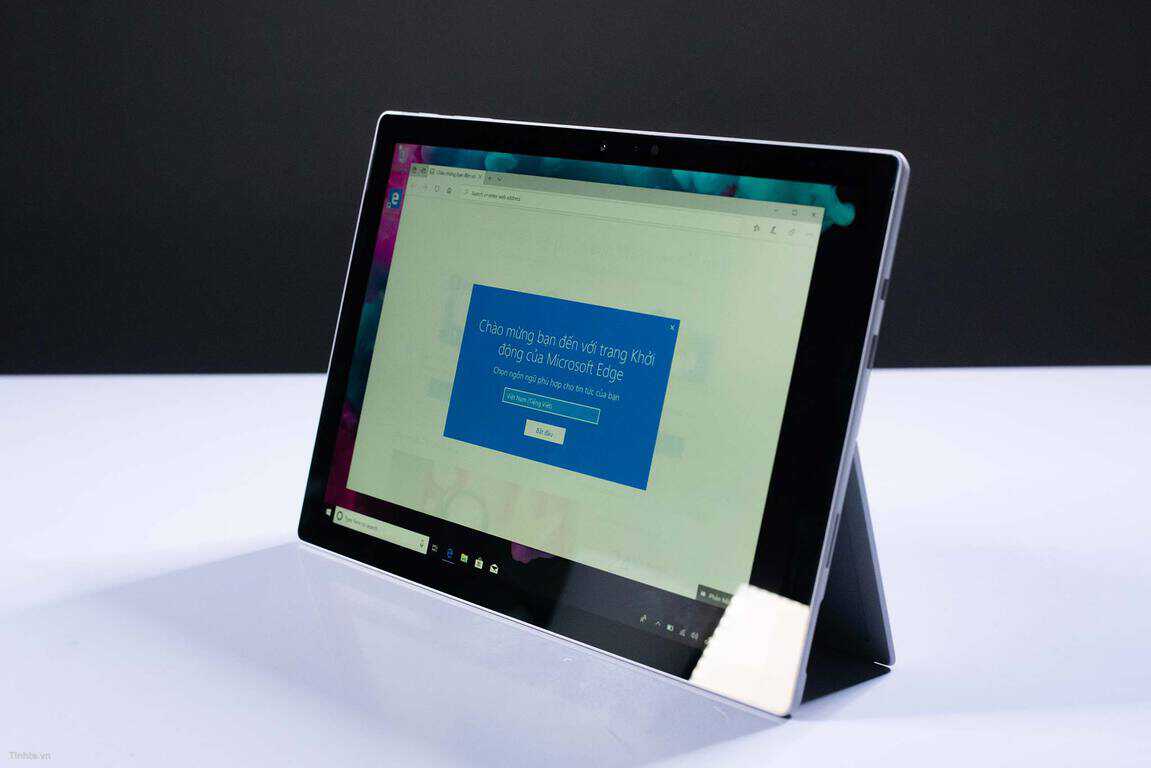 There are a lot of exceptations around Microsoft upcoming NYC Surface event on October 2, but it someone may already have spoiled a part of the surprise. Vietnamese blog Tinhte.vn, which accurately leaked the iPad Pro 2 design and the iPhone 7 Lighting adapter in recent years, posted a blog post and a video about a new "Surface Pro 6" today (via Reddit).

If true, and some Redditors seem to think it must be fake, this new Surface Pro model seems to be an iterative update: the design is identical, there is no USB-C port like on the new Surface Go, and the spec bump is also pretty minor. The Vietnamese blog got it hands on (again, if true) a version with an Intel 8th gen Core i5 8250U quad-core processor and 8GB of RAM, and the device apparently doesn't come with integrated LTE. Interestingly, the leaked Surface tablet runs Windows 10 Home build 17134 and not the October 2018 update, which is expected to be the build 17763.

The video below (in Vietnamese) shows the DirectX Diagnostic Took panel at 3:12, where you can clearly see “Surface Pro 6” as well as well as the main specs of the device:

Such a minor spec bump may be disappointing for some, but this is pretty much in line with a previous report from ZDNet’s Mary Jo Foley. Back in June, the Microsoft watcher said that a “heavily redesigned” Surface Pro won’t be ready until mid-2019. In the meantime, an iterative update may be the best Microsoft has to offer to Surface fans, though as usual it's probably best to take this leak with a grain of salt.

We'll see what happens at the Surface event on October 2, but it’s safe to assume that Microsoft will have other new Surface products to announce. An updated Surface Laptop will reportedly be available in black, and we also hope to see a Surface Studio 2 with much more powerful CPUs and GPUs.