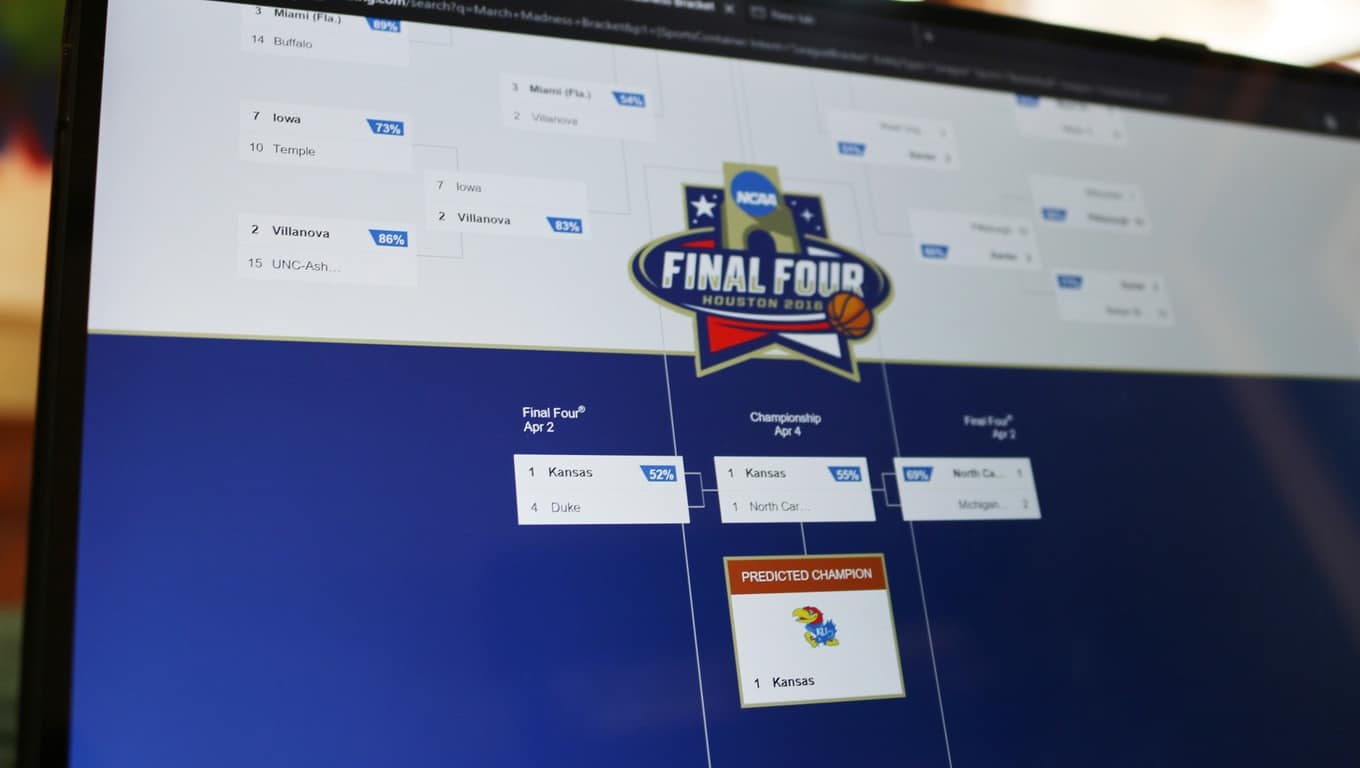 For this year’s NCAA tournament, Bing has rolled out their own bracket builder on the web which you can access by simply searching “march madness” in Bing or clicking here. From Bing’s bracket builder you can make your picks, view schedules, and view more information and stats about every team that made the tournament this year.

The Bing Predict team has also released their bracket. And they have integrated their predictions into the bracket builder to give you more information as you are making your own picks.

In a blog post yesterday, the Bing Predicts team spoke more about how they make their predictions and highlighted their success with last year’s tournament. They boasted that last year Bing’s smarter bracket picked “73 percent of the games correctly and finished in the top 30 percent of all brackets created nationwide—outpacing Google, Facebook and Sports Illustrated brackets.” The team makes their predictions using machine learning to pore over different types of data. The types include the usual statistical data from the NCAA but the team also analyzes social and search signals on the web.

And when the Bing Predicts team announced their bracket this morning, they also released a blog post highlighting their picks for upsets and the final four for both the Men’s and Women’s brackets. The Bing team is expecting to see upsets from Arkansas-Little Rock, UT-Chattanooga, Gonzaga, Pittsburgh, VCU, and Butler. Bing predicts the final four will be made up of Duke, Michigan State, North Carolina, and Kansas, with Kansas beating North Carolina in the championship game on Monday, April 4th.

The Bing team also announced local Microsoft Stores near tournament games will be giving away tickets to local March Madness games. And the Microsoft Store in Woodlands, Texas will be having a special event with Basketball Hall of Famer Clyde Drexler and a chance to win tickets to the Final Four in Houston. To learn more about ticket giveaways you can head over to the Microsoft store Facebook page.