Upcoming Lumia 950/XL show up early in the Microsoft Store 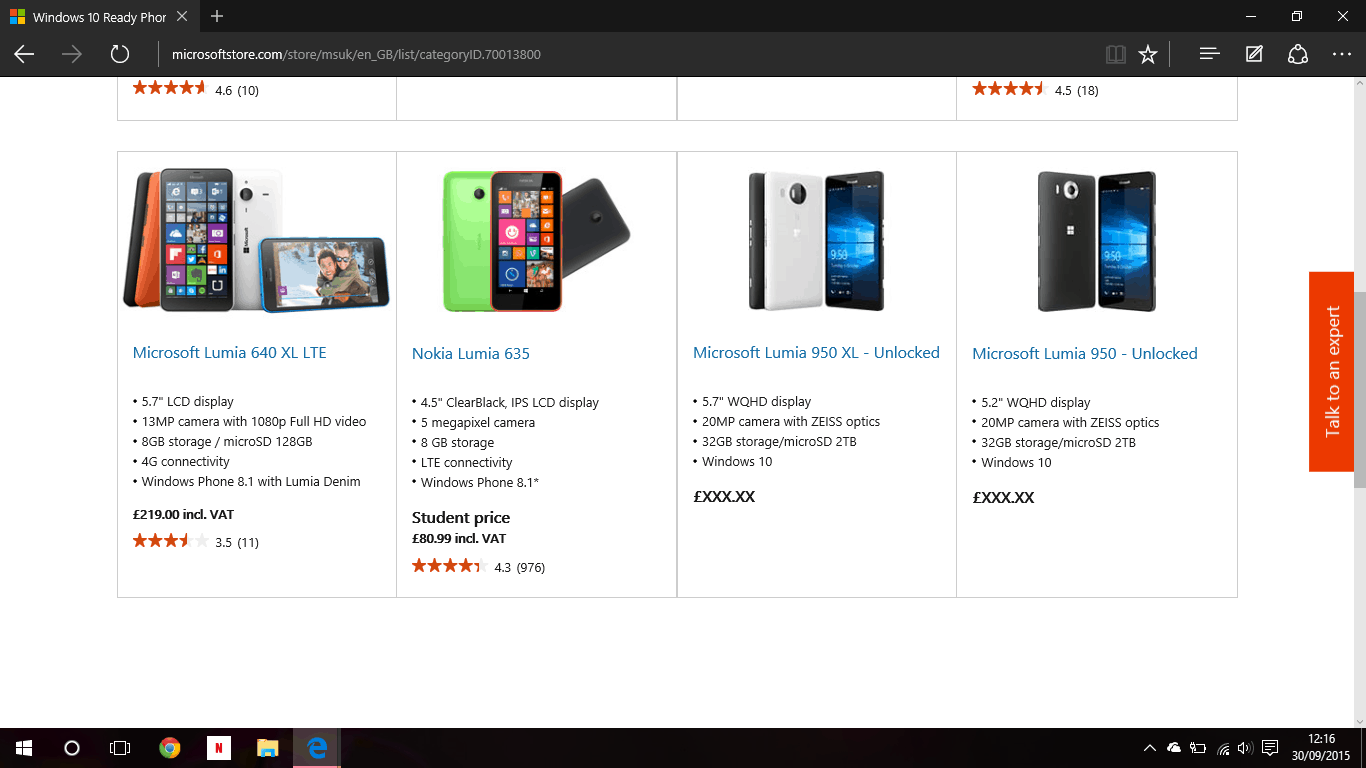 We’re still a week or so away from any official announcement from Microsoft regarding upcoming Lumia flagships, but that doesn’t mean the company hasn’t started preparing everything for launch day. Today, the Lumia 950 and 950 XL devices have accidently been listed on the Microsoft Store, a little earlier than planned.

Clicking on the listing doesn’t actually do anything at this time, but you can see a few basic specs which further confirm the devices will indeed be pretty powerful. You’ll notice that the pricing hasn’t been decided either, being left with a placeholder £XXX.XX. Interestingly, it says the devices will support MicroSD cards up to 2TB in size, pretty impressive!

What’s interesting however is that this is the UK Store, and according to the titles of both products, will be sold unlocked too. Hopefully this means those outside the United States won’t have to wait too long before we see any new flagships in stores and available online.

Thanks for the tip, Jon Simonetti!