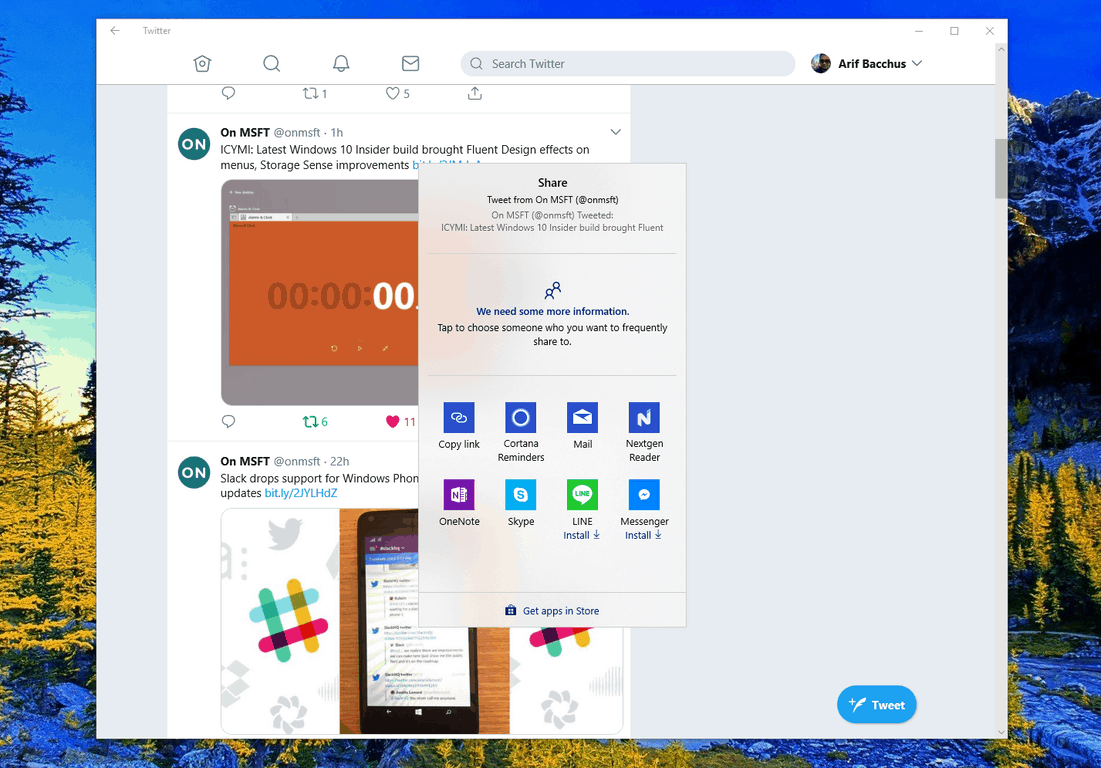 Twitter has steadily updated their Progressive Web app on Windows 10 over the past few months, and it is now picking up yet another feature. With the latest update, the app now supports the native share dialog in Windows 10 (via MSPoweruser.)

Seen in the featured image above, you can now summon the Windows 10 share dialog from the Twitter PWA and share links in more ways than one. You can choose to share to one of your contacts specifically, nearby devices, or just opt to share with other apps in the Store. Though a small touch, it is still a nice little feature that makes it easier for when you want to share that viral tweet with your family and friends.

This is just the latest addition to the Twitter PWA, which has gotten more updates in the last few months than the Twitter UWP ever received. Updates for all PWAs are automatic and previous Twitter PWA features include support for Live Tiles, Jump lists, and share dialog targeting.

You can head to the link below to download the Twitter PWA. Once you've downloaded, feel free to try out the share feature now and let us know your thoughts in the comments.

Deal: Buy your first eBook worth $4.99 or more on the Microsoft Store and get a free $5 gift card