A new app has just launched on the Xbox One that allows users to project media from their Apple devices to Microsoft’s video game console. Named, AirServer, the app acts in a similar way to Apple’s own Apple TV hardware and can pick up Apple AirPlay requests. This means that media being played on an iPhone can be sent wirelessly to play on an Xbox One or the entire desktop visual on a Mac can be mirrored on a TV.

This functionality comes at a price however with the AirServer app holding a regular RRP of $29.99. This is extremely pricey for an app with such limited usage no matter how practical it may be. The app is currently selling with a $10 discount as part of a special launch promotion but this offer will expire later today. Still, those who are heavy Apple users may want to take advantage of this offer while they can.

AirPlay mirroring for Xbox One is finally here! AirServer for Xbox transforms your Xbox into a high performance AirPlay receiver. With AirServer running on the Xbox, you can wirelessly mirror your iOS and Mac displays over to the Xbox. Use AirServer to project your mobile screen on to the big screen or simply use it to play music on your home theater system.

AirServer has been completely redesigned for the Xbox and promises buttery smooth mirroring performance with super high quality audio playback.For the home-theater enthusiasts, AirServer for Xbox also brings multi-room AirPlay audio support. If you own a set of AirPlay speakers, be sure to try out the multi-room AirPlay audio feature, now available on your Xbox through AirServer.

The AirPlay app currently has one review which criticises its lag and poor connectivity. Have you used the app yet? Let us know about your impressions in the comments below. 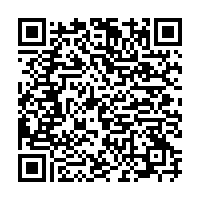 Toy Odyssey and Firewatch are ready to play on Xbox One