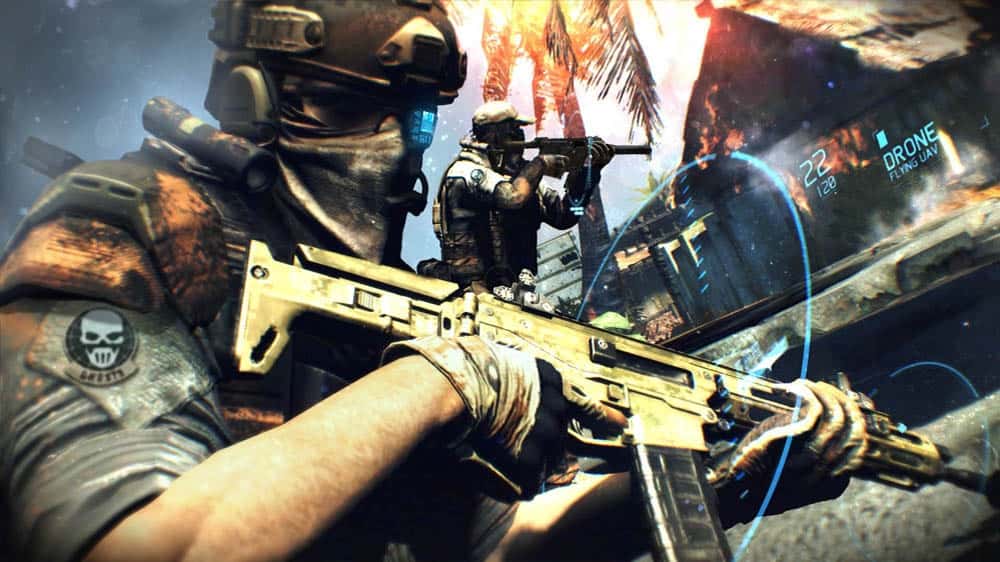 You can find all the details of these titles below the tweet, with the exception of Axel and Pixel, which is not downloadable in the Microsoft Store. That point-and-click adventure video game will only work on your Xbox One if you have the physical disc.

Join the Legendary Ghosts –Control Sergeant Kozak and his unit, across 14 missions in 8 spectacular locales, from Africa to the Arctic Circle. All-Access Pass to Future War Tech: Fight using the tech of tomorrow including, optical camouflage, augmented reality, drones and more. Wield over 50 Weapons and Customize Them with Gunsmith Mode- Harness the immense firepower of an army and optimize every aspect of your arsenal in the Gunsmith mode. Intense Multiplayer- 4 game modes, 10 maps and multiple classes along with GR’s classic siege mode.

1974 The Peace Walker Incident The era is the 1970s. Big Boss has stationed his "Army without a Nation" in Colombia, South America, where he is approached by visitors from Costa Rica-- "a Nation without a Military." In the wake of the Cuban Missile Crisis, Latin America became key to maintaining the power balance between East and West. But now, a mysterious armed force threatens to disrupt this balance. To preserve peace and neutrality in Costa Rica, the "Soldiers without Borders" move into action. In time, they would come to be known as the founders of "Outer Heaven

Last week, Hitman: Blood Money and LEGO Star Wars III: The Clone Wars were added to the Xbox One Backward Compatibility catalog. As always,  if you own digital copies of these titles they should appear in the ready to download section of the Xbox One guide now. And, if you own physical copies, all you need to do is insert the disk into the Xbox One.