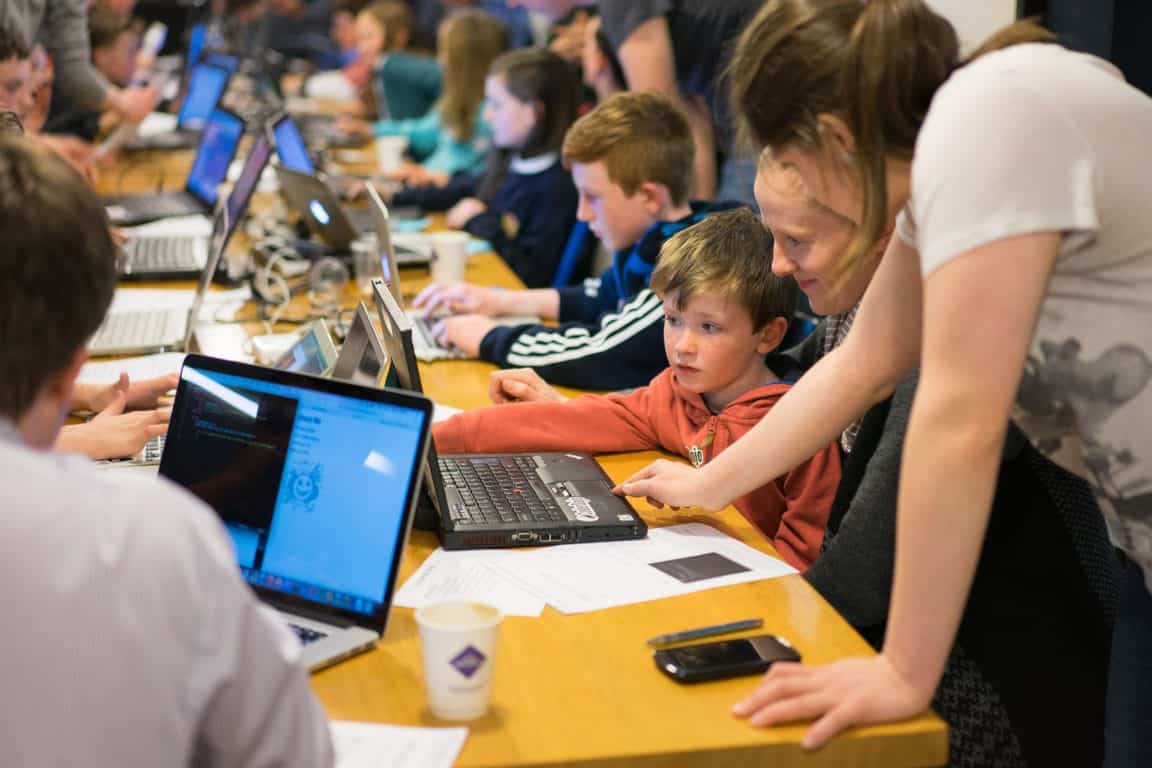 With its YouthSpark program, Microsoft is committed to teach computer skills to young people over all over the world. The company is investing $75 million in 100 non-profit organizations in 55 countries that will teach computer science and prepare young people for job applications and future careers in a variety of industries.

In another blog post today, Microsoft is sharing how Microsoft YouthSpark is helping three young people to achieve their goals. First, Reina Torrejón is a Peruvian girl who has always dreamed of pursuing a career in technology but couldn’t afford to go to university. However, she discovered that the YouthSpark program could make her reach her goal in five months instead of five years. The program helped her join Laboratoria, a web development academy for low-income young women and newly awarded YouthSpark grant recipient from Microsoft Philanthropies.

Before she can achieve her dream of opening a health startup, Torrejón is currently learning front-end web development, a skill that could  help her land a job in the digital sector. Thanks to a rigorous training program, Laboratoria has developed a network of more than 300 businesses that actively recruit from its graduates in big South America cities. Regional partner for Laboratoria Ana Maria Martinez added:

“I do nothing if I just give out a diploma. We are successful when we connect young women with a company, when they hire her and are satisfied with her performance.” 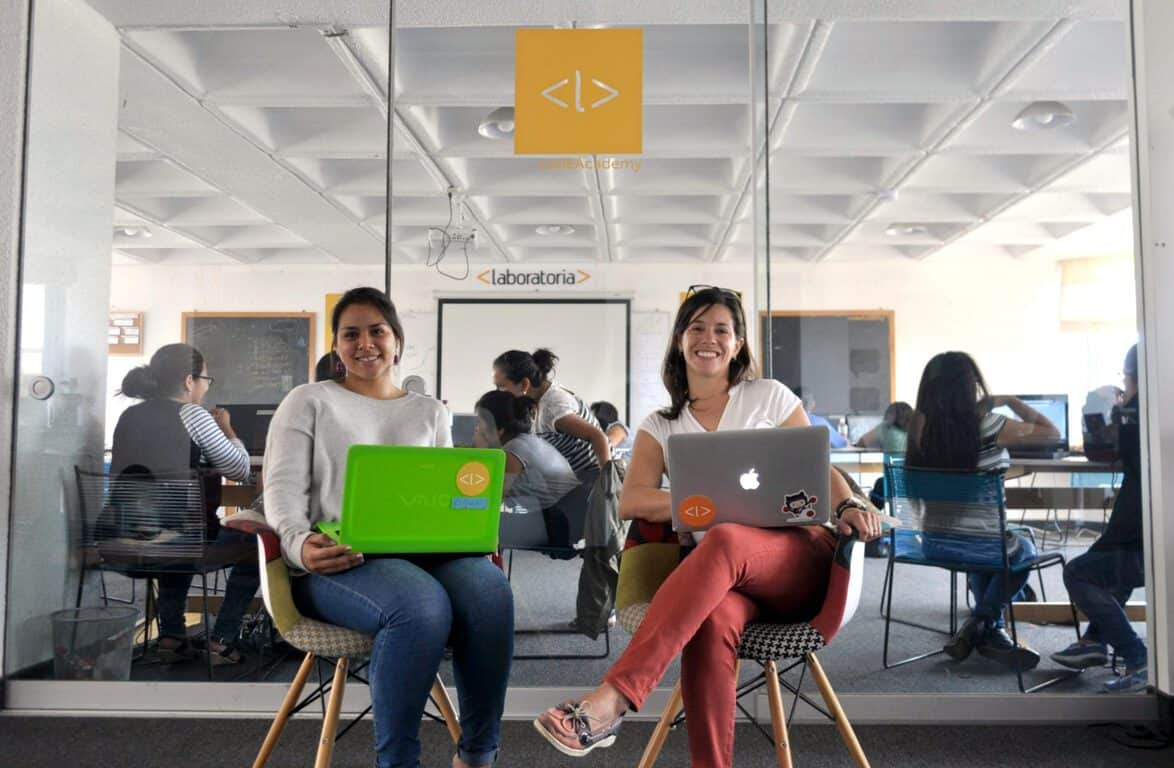 Reina Torrejon poses with Laboratoria regional director Ana Maria Martinez in front of the classroom where she and her classmates are learning front-end web development.

In Ireland, Niamh Scanlon is a 13 year-old girl that has already built an impressive technology resume. When she was just nine years old, she met the President of Dublin City University who urged her to visit CoderDojo DCU, part of a global community of free computer programming clubs for young people. “I absolutely loved it that you could create anything with coding,” she explains, and after her parents purchased an electric car she soon created an app that helps you locate the nearest charging station not in use.

The app earned Niamh first prize in its category at the international CoderDojo Coolest Projects 2014 summit, before she was selected as the EU Digital Girl of the Year in December 2015. She even was invited by CoderDojo’s sponsor Salesforce.com to the World Economic Forum in Davos. While she has many opportunities in front of her, Niamh is currently enjoying her mentor role for CoderDojo and CoderDojo Girls: “It feels really amazing that I’m helping people develop the problem-solving skills they’ll need in the future. And when you help the students in class, you learn things from the problems they are having as well. So if you’re a student you learn, and if you’re a mentor you learn, too.”

“It feels really amazing that I’m helping people develop the problem-solving skills they’ll need in the future. And when you help the students in class, you learn things from the problems they are having as well. So if you’re a student you learn, and if you’re a mentor you learn, too.”

The Dublin-based CoderDojo Foundation helps parents and volunteers start free computer programming clubs for young people. There are nearly 1,000 CoderDojo clubs in more than 65 countries around the world.

Last, the YouthSpark program is also working with organizations like City Year, which is an education-focused national service organization that helps students in schools where need is the greatest. City Year trains young adults like Rose Carlson who engaged in a year of full-time service in the federal AmeriCorps program. After receiving more than 300 hours of professional training, Carlson has been tutoring sixth-grade students in math at the Aki Kurose Middle School in South Seattle for the past eight months. She has also participated in last year’s Hour of Code, and after she realized she enjoyed collaborating with “like-minded idealists” that share the goal of equipping and training students, she plans to continue working in the area with a local nonprofit after she completes her year of service with City Year.

Through partnerships with nonprofit organizations, Microsoft shows that it really cares about empowering everyone to do more, and the company really believes that computational thinking are critical to the success of young people regardless of their career path. Microsoft Philanthropies Director Yvonne Thomas added:

“Partnerships with organizations that have the same mission we do are how we can add the most value, so we looked for organizations — like Laboratoria, CoderDojo  and City Year — that know how to work well with kids, have a background in technology skills training, and understand the importance of computer science in preparing young people for a whole range of careers.”