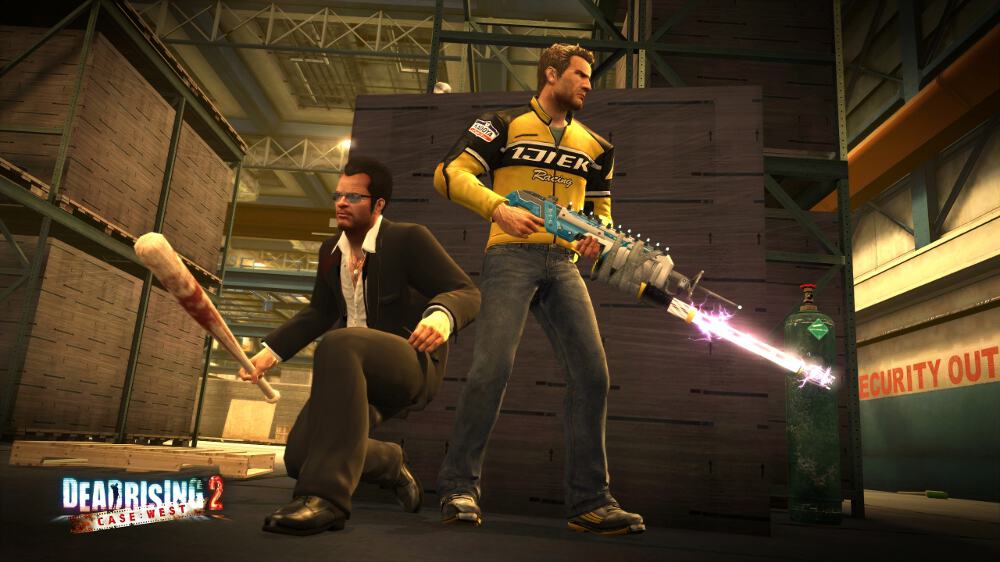 Meet the Robinsons and Cars 2: The Video Game are coming to Xbox One Backward Compatibility today https://t.co/qPMRNrLoTQ pic.twitter.com/ZDRpnd729m

If you're not familiar with these titles, we've added official descriptions, game trailers and pricing details below. It's worth noting that the two Dead Rising games are standalone titles which are related to Dead Rising 2, but this one is not backward compatible yet.

Help Wilbur Robinson save the future by travelling to the past and putting things back in order.

From the makers of Toy Story 3: The Videogame comes Cars 2: The Video Game, where players can jump into the Cars 2 universe with some of their favorite Cars personalities in locations around the globe. Train to become an agent of C.H.R.O.M.E. (Command Headquarters for Recon Operations & Motorized Espionage) and take on dangerous missions, compete to become the fastest racecar in the world, or use your spy skills in exciting, action-packed combat racing!

Get a taste of what Dead Rising 2 has to offer in this full-featured prologue! Chuck Greene and his daughter Katey have barely escaped the Las Vegas zombie outbreak with their lives. They arrive in the lonely desert town of Still Creek looking for some rest, but unfortunately there is no rest to be had as this sleepy town has become overrun with zombies. Chuck must kill zombies, rescue survivors and escape from the zombie nightmare that is Still Creek before time runs out. Any PP, clothing, and Combo Cards gained in CASE ZERO will carry over into your Dead Rising 2 game!

Frank West and Chuck Greene fight side by side in this explosive addition to Dead Rising 2! Chuck Greene has lost the evidence that would have cleared his name. In his darkest hour Frank West appears and offers one last chance for Chuck to redeem himself. Together, the pair heads to a secret Zombrex research facility where they hope to uncover evidence that will exonerate Chuck, and shed some light on Phenotrans' sinister plot. Case West re-introduces the ability to take pictures in-game. Two players can also play together as Chuck and Frank in the full-featured co-op mode!

There are already more than 300 backward compatible Xbox 360 games on the Xbox One, and the Xbox team keeps adding new titles every week! If you haven't done it recently, we invite you to check the full list on Major Nelson's website.

Overwatch new hero is finally revealed - and the winner is....

Microsoft rises as an enterprise "Superbrand" but consumers aren't as interested