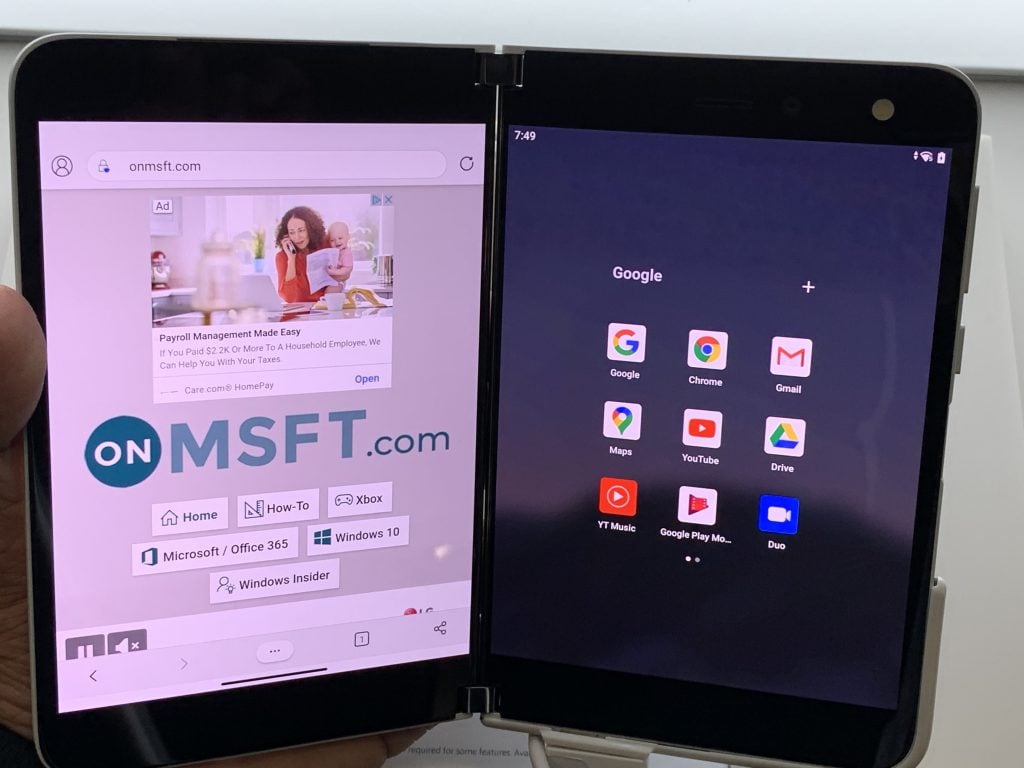 It’s been almost a month since the Surface Duo launch, and early adopters reporting issues with the device can now perhaps breathe a small sigh of relief. Following an initial release day patch, Microsoft just pushed out one of the first monthly updates for the unlocked version of the dual-screen device.

The update, weighing in at around 113 MB, not only delivers Google’s October Android security updates but also some big stability updates. According to Microsoft’s changelog, the update improves call stability and experience, touch stability, as well as overall device stability.

There’s also an interesting Facebook Messenger fix, which tweaks the single-screen experience when launching by clicking on a Facebook chat bubble. The version number of the Duo Android operating system is now 2020.910.72 and the custom version of Microsoft Launcher on the device has been updated to version 6.2.200904.91704.

For those who own the carrier-locked AT&T version of the Duo, Microsoft notes the update will be coming soon for these devices. Microsoft also notes that they are listening and mentions that “quality is a top priority.” However, at this time, there are no known issues with the update. Microsoft mentions it will continue to keep customers informed about issues impacting the device.

The reaction to this update has been very positive. Over on the Surface Duo Subreddit, users believe that it now makes the system feel fast and snappy, as well as help the dual screens rotate faster. In addition, another user reports the camera seems to focus and take photos a lot quicker now, too. Other users note the phone is flying now and really responsive.

It’s great to see Microsoft patch up the Duo like this, and there’s even more ahead. Microsoft has committed to 3 years of updates to the Duo, and will update it to Android 11 when it’s ready.