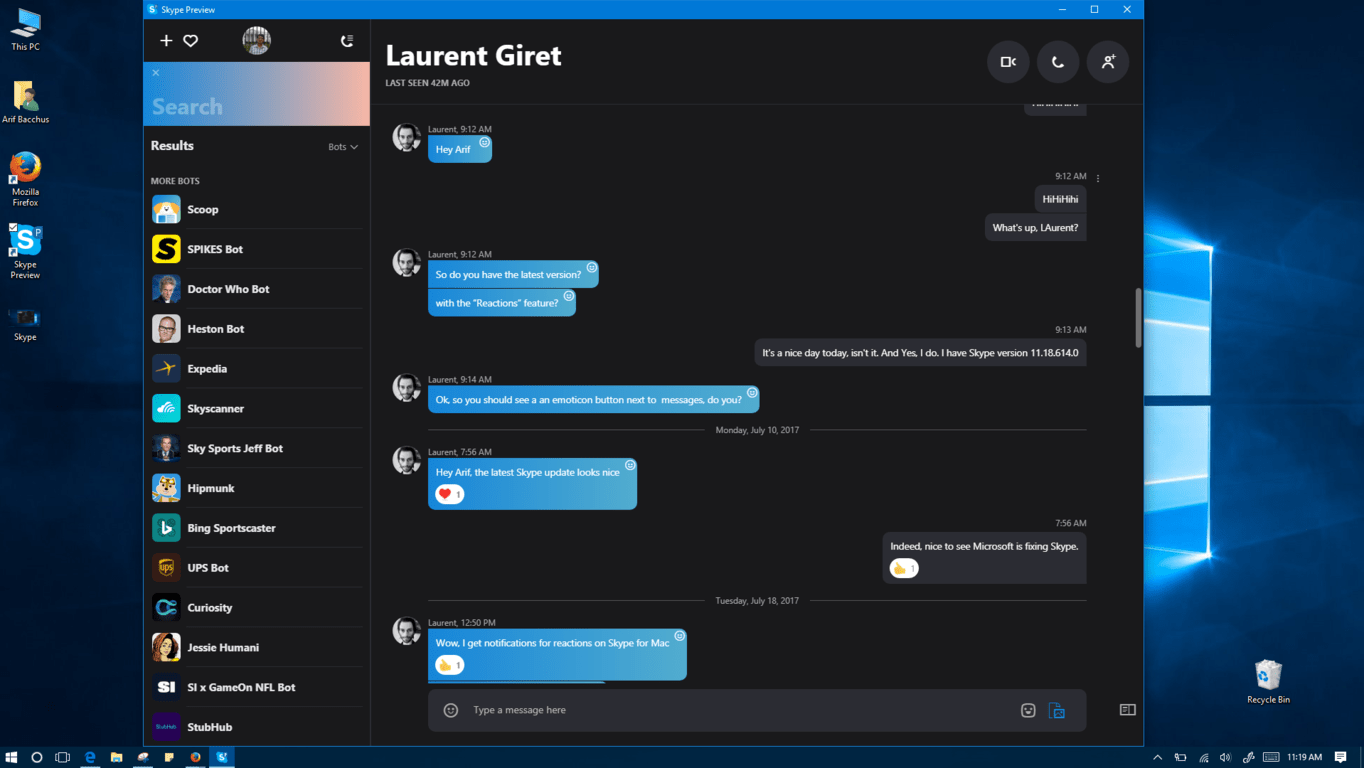 First of all, this new Skype Preview app is a legacy desktop app, not an update to the UWP app. You can install it alongside the standard desktop app, but the Skype team says that it will only run on Windows 10 version 1511 (OS Build 10586) and older. This is probably because the team wants users running the Anniversary Update or the Creators Update to stick with the new Skype UWP app, which has already started to receive some of these new features over the past few weeks.

Anyway, it’s still possible to install this new preview app on a PC running the Creators Update or the Anniversary Update: to do so, you’ll just have to run the installer in compatibility mode with previous OS versions: you can do so by right clicking the .exe, and then choose “Troubleshoot Compatibility.”

So to install Skype Preview on Windows 10 just run it in compatibility mode with previous OS version pic.twitter.com/nDw8tpk7eR

The new preview app looks very similar to the new mobile app that previously shipped on iOS and Android: you’ll find a new black theme option, message reactions, green online status indicators and a new notification panel. There is also a new chat media gallery, which makes it easier to find any shared content (pictures, links, documents, etc.). “Skype Preview puts chat front and center—making this the most expressive Skype ever,” explained the team in the blog post. “Group chats are livelier with new features that improve your connection with friends and family. You can also do more together in group calls, with real-time screen and photo sharing.”

The new Skype Preview app for Windows and macOS can be downloaded on this page, and the app is still very much a work in progress. However, we like the fact that Skype Preview is a standalone app for now, which means that you can still keep using the standard desktop app (or the UWP app) while the Skype team iterates on the new version. Actually, this is exactly what the team should have done on iOS and Android too, as both versions are still receiving terrible reviews on their respective app stores.