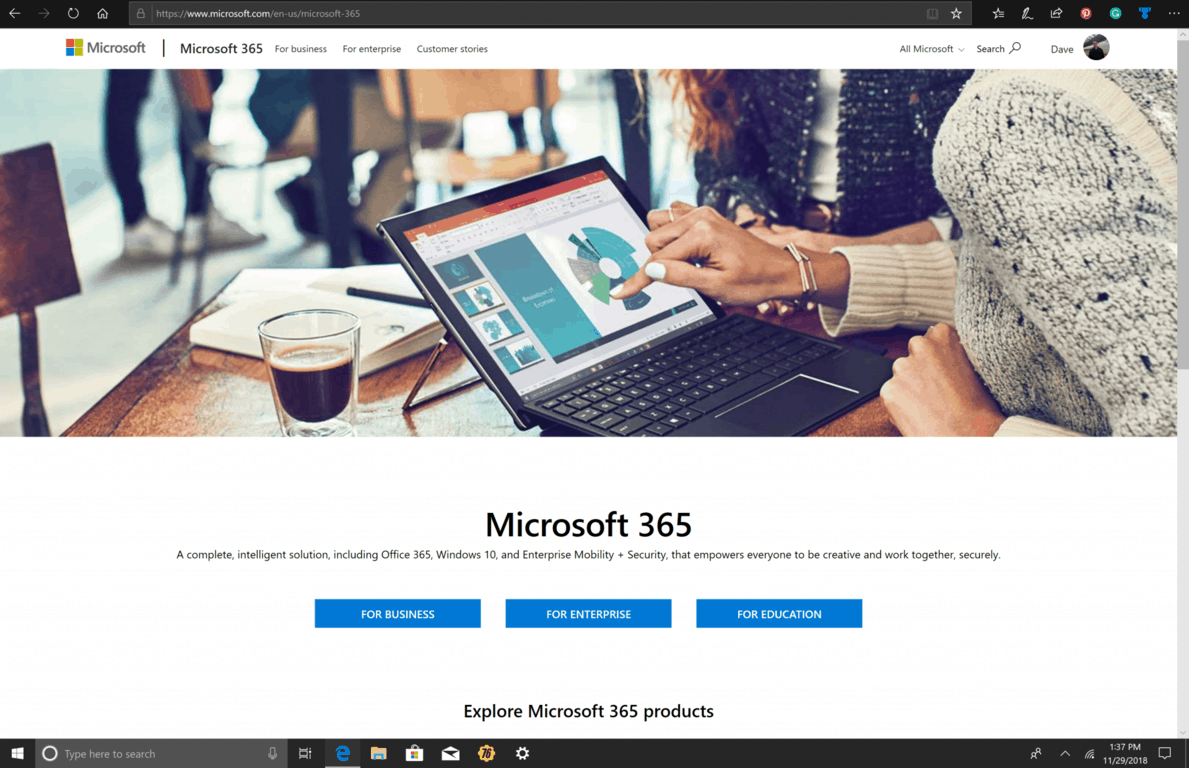 Microsoft's Insider programs have been a boon to the company as it has arguably off-loaded some of its software and platform testing to willing participants in the real world.

While the recent Windows 10 October 2018 Update fiasco highlighting some of the holes in priortization and communication between Microsoft and its unoffical freelancing testers, it seems the company is doubling down on the approach with its evolved Microsoft 365 Insider test program.

According to a report from ZDNet's Mary Jo Foley with information provided by Microsoft sluether The Walking Cat (@h0X0d), the company is opening up an Insider program to its third business pillar to coaleces communicatiosn from its other two pillars in Windows and Office testing.

"If you're all in on Windows and Office and are looking to speed up your digital transformation even more, we invite you to join our new Microsoft 365 Insider Program.

"By signing up for this program, you will be getting all your enterprise news, events and community in one place as well as a clear path into what's next for collaboration, productivity and security.

"In the coming months, we'll be looking to your help to create this program to make you even more successful in your career and help make your business more competitive."

Microsoft has slowly lessing its dependency on Windows as a brand and looking to leverage its Microsoft nomenclature to be the more prominent, all-inclusive face of its products, software and platforms, and the new Microsoft 365 Insider program looks to be part of that continued evolution. Windows Insider chief Dona Sarkar in an interview with Foley, hinted at the eventaul expansion of the program to include test builds of Intune, a possible pathway to Skype testing, along with continued testing of Windows 10 and Office 365.

The combined efforts of the Microsoft 365 Insider program are intended to be seen as the evolution of the Windows Insider Program for Business, even though it brings in communication from the more consumer-focused Windows audience and Office 365 crowd.

While business decisons with such significant implicatiosn are rarely done in a reactionary fashion, the annoucement does seem to follow the two-month long saga of the Windows 10 October 2018 Update, as  an attempt to futher refine the Insider process and address some of its shortcomings.

With the new program allowing participants "an opportunity to connect deepr with us to make their bugs/feedback across products are hear and escalated to the product teams,"it seems Microsoft executives are creating this Insider program specifically to address and mitigate future Windows 10 October 2018 Updates issues for both consumers and businesses.

Select Xbox Insiders can get an exclusive Xbox Avatar t-shirt

Execs from Xbox, Nintendo, and Sony join together at last night's Game Awards