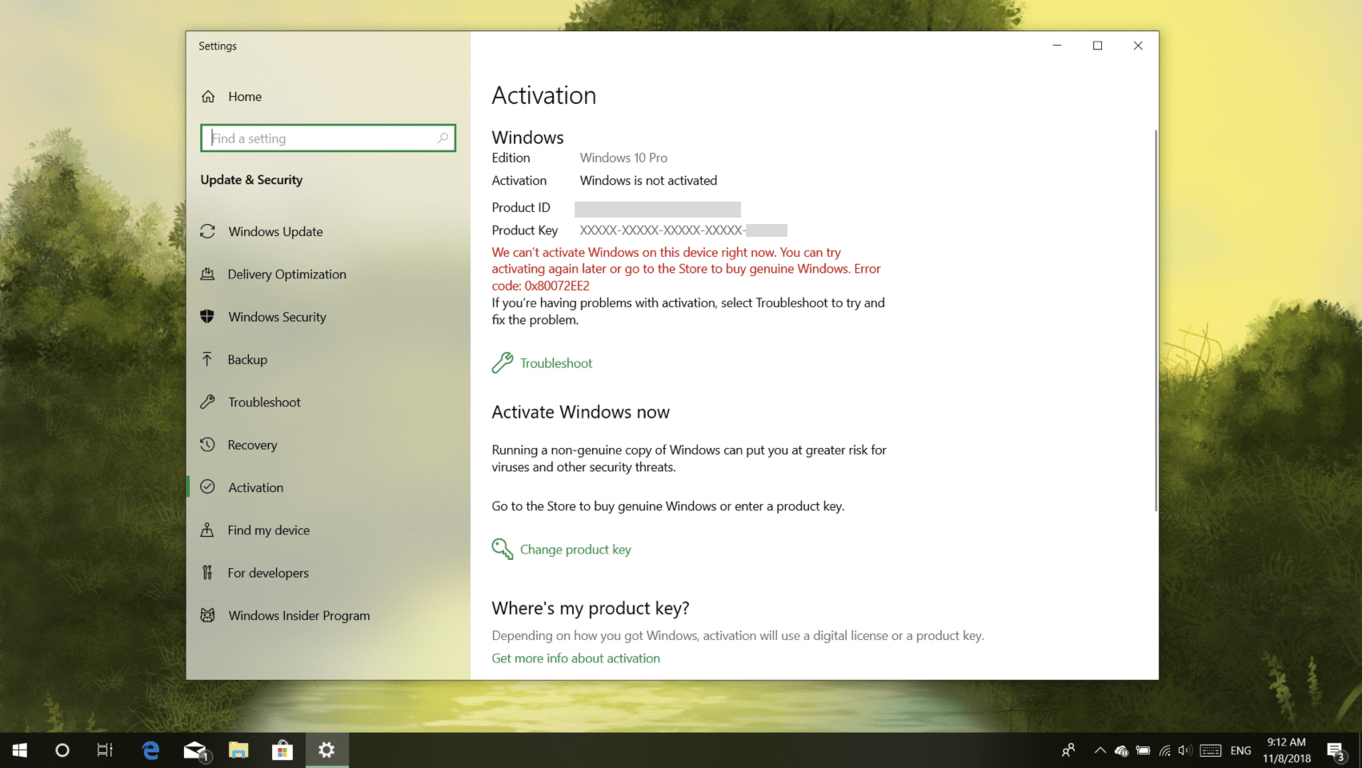 The issue seems to be affecting Windows Insiders who have recently installed new builds, as well as non-Insiders running Windows 10 Pro. We saw this issue this morning on a Windows 10 Pro laptop showing an invalid license. Clicking the "Troubleshoot" button didn't solve the problem, telling us instead that a Windows 10 Home license is associated to the laptop running on Windows 10 Pro.

After updating to Insider Build 18277 my Windows 10 digital license became invalid. I don't understand! I've always installed Insider builds and retail builds on this machine and never had an activation problems. No hardware changes, nothing has changed. I don't know what to do. pic.twitter.com/CtAowTLDTr

One of our three-year-old Lenovo Yogas just decided to throw 0xC004C003 Windows activation error. Windows diagnostic tool says the machine has Windows 10 Home license, but why did they put "8 Pro" sticker under the computer then...? Dumbasses. 😐

While Microsoft has yet to comment on the issue, one user who contacted Microsoft’s tech support was told that the company is aware of the issue, and that it should be fixed “within one or two business days.” Here’s the full message:

Thank you for sharing, Daniel. Microsoft has just released an Emerging issue announcement about current activation issue related to Pro edition recently. This happens in Japan, Korea, American and many other countries. I am very sorry to inform you that there is a temporary issue with Microsoft’s activation server at the moment and some customers might experience this issue where Windows is displayed as not activated.
Our engineers are working tirelessly to resolve this issue and it is expected to be corrected within one to two business days, Daniel.

Update 11/9: Mary Jo Foley from ZDNet received yesterday the following statement from Jeff Jones, Senior Director, Microsoft, saying that the issue should be resolved for all affected users over the next 24 hours:

"A limited number of customers experienced an activation issue that our engineers have now addressed. Affected customers will see resolution over the next 24 hours as the solution is applied automatically. In the meantime, they can continue to use Windows 10 Pro as usual."