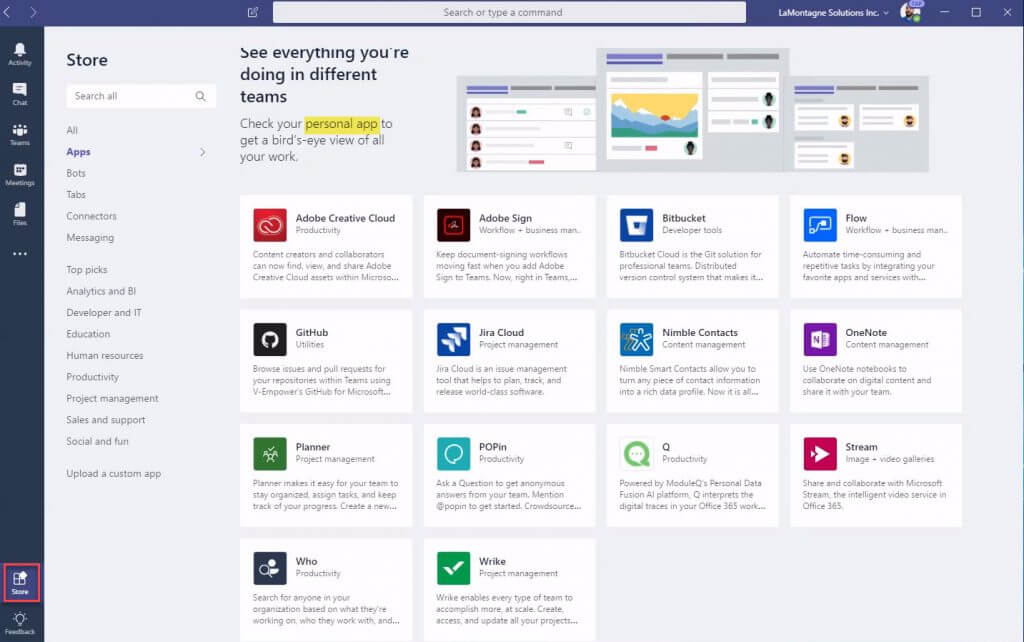 Microsoft's newest enterprise chat and communications platform is being fully integrated into the family of Office 365 as its apps soon will come bundled inside of Office.com and the portal app for Windows. For some time, Teams has seemingly run parallel with Microsoft's Office 365, as its own productivity platform that handpicked features and integrations from Office to support itself.

However, it appears the reverse is happening and will further comingle Teams and Office in both appearance and functionality. An updated Microsoft 365 roadmap points to apps built for Teams are now being enabled to run in Office.com and the Office app for Windows.

Simply put, Teams is sharing with Office.com and the Office portal apps that have been directly developed for Teams, which will allow users to use apps such as Trello, Viva, Wiki, PowerBI, Stream, GitHub, Power Automate, Poll Everywhere, and even YouTube all from within Office.com or the Office portal on Windows.

As of now, there isn't a set number on the apps being ported over from Teams and any specificity to the type that may show up on Office.com or Office for Windows, but previews of the proposed functionality are scheduled to go out next month.

(Video) Hands-on with Dev Channel Build 22557: Some of the big features Windows 11 needed