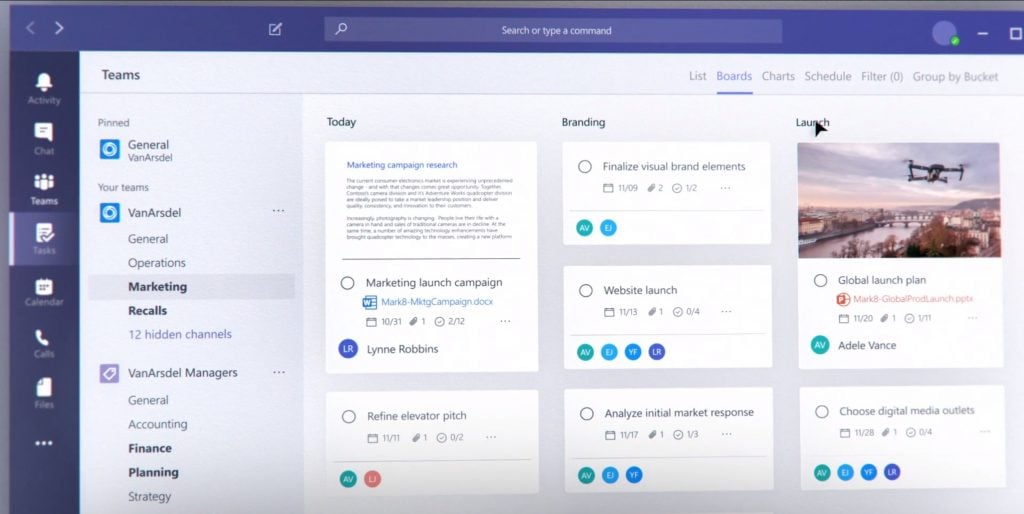 After a delay, and three months after an initial announcement, Microsoft is finally rolling out the new Tasks app in Microsoft Teams. The new experience is powered by both Planner and Microsoft To Do and is essentially a rebrand of the pre-existing Planner app inside of Microsoft Teams, creating one central hub for all things teamwork.

According to Microsoft, today's rollout is a bit of a gradual one. The company says that it will be coming to a small group of users starting today, with a continued rollout through September. Tasks for Teams mobile, meanwhile, will not be available until the desktop rollout is finished.

Please be aware that, currently, the name of the Planner app inside Microsoft Teams will not change. Microsoft says that as they continue to roll out the new Planner experience in Teams desktop, the app name will initially remain Planner, then change to Tasks by Planner and To Do, and then change to Tasks. Mobile users, meanwhile, will always see the app as Tasks.

As a reminder, some features in the new Tasks app include a new list view, and the ability to edit multiple tasks at once. The list view includes a traditional board, charts, and schedule view from Planner, with the option for Lists, too. It also adds a bulk editing capability, where you can edit multiple tasks simultaneously, for changing progress, priority, due dates, and more.

Users of Power Automate can also enjoy integrations in the new Task app, to surface tasks created in other apps in Tasks in Teams. Finally, companies can use task publishing to create tasks at the corporate level and push those tasks to targeted locations of their Firstline Workforce.

You can check to see if Tasks is available for you by clicking the ellipses in the Teams sidebar and choosing Planner. This all part of a new movement by Microsoft dubbed as "Tasks in Microsoft 365." With it, Microsoft is aiming at the coherence, intelligence, and integration principles.

Games with Gold for August to include Portal Knights and Override: Mech City Brawl

Microsoft's Surface Laptop 2 gets another firmware update this month