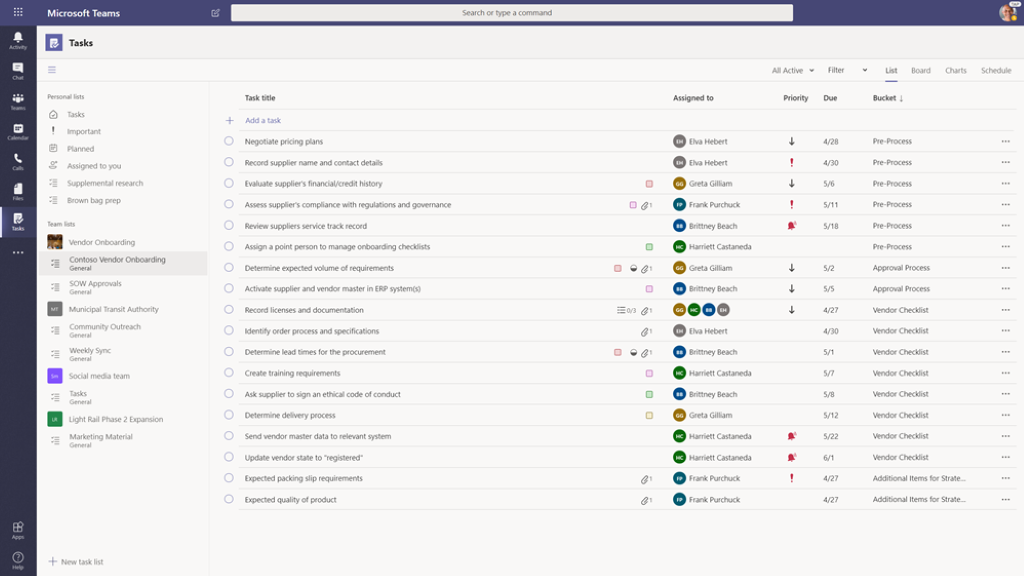 Earlier this year, Microsoft announced a major rebrand of the Planner experience in Microsoft Teams. As a part of this rebranding effort, the company said that it would rename its Planner app for Teams as "Tasks" at some point in May or June. Now, Microsoft has posted a new update in the Microsoft 365 Admin Center and the Microsoft 365 roadmap noting that it has delayed the rollout completion of this feature to July, and it's expected to be completed in August.

The new Tasks app will allow Teams users to view and manage their team tasks along with individual tasks, and also allow them to prioritize their work. The new app will also consolidate tasks across Microsoft To Do, Planner, Outlook, and Teams channels, and it will be accessible on the left side of Teams, as well as a tab in a channel within individual teams.

It is worth noting that the new Tasks app will initially appear as “Tasks by Planner and To Do" in Teams, and it will be renamed to just "Tasks" a few months after the interim name change. Once the new app becomes generally available to all public cloud organizations, the Tasks in Teams experience will also be coming for mobile users as well.