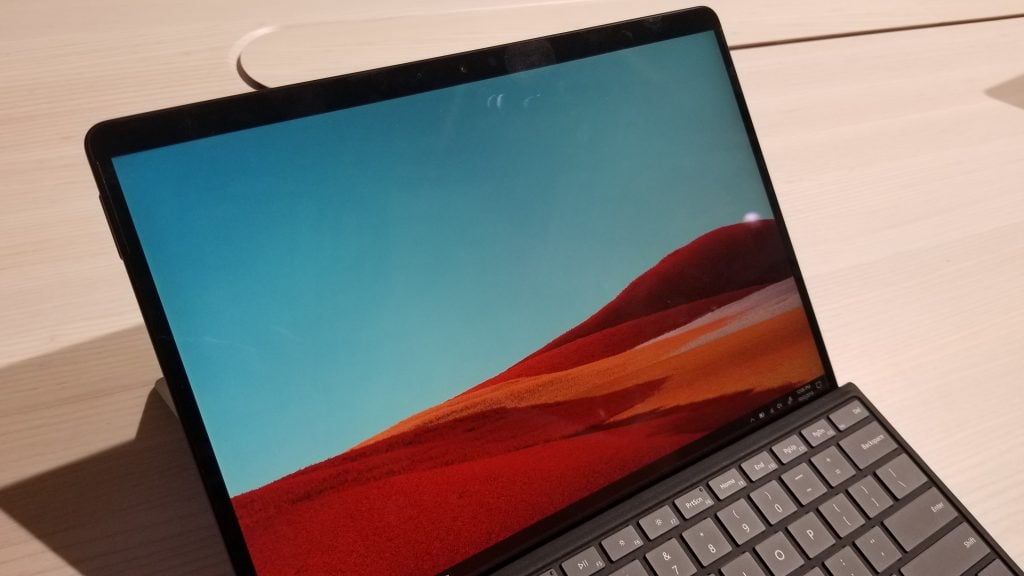 The Surface Pro X has just received its own teardown from the folks at iFixit. Just like with the new Surface Laptop 3, the new Pro X tablet has received a favorable score when it comes to overall repairability.

Microsoft's Surface devices have long received terrible repairability scores from iFixit, so the fact that the new Surface Pro X have received a 6/10 is definitely a step in the right direction. In fact, it's a point higher than that of the Surface Laptop 3.

Perhaps one of the most significant changes in the ease of repairability is the replaceable SSD drive which can be removed from a small compartment under the kickstand. It's the same SSD drive as on the Surface Laptop 3, so it should be easy to find a replacement if needed.

iFixit's teardown review also notes while the components are modular and are easily replaced independently, almost all repairs require the display to be removed to access the internals. Luckily, Microsoft has improved the procedure, which means the device no longer requires heat, but still needs a bit of care when prying open.

If you're interested in all of the details, be sure to check out iFixit's website for the step-by-step teardown. Also, feel free to leave your thoughts in the comments area below.

Xbox Game Pass for PC picks up Metro 2033: Redux and will lose its first 3 games on November 15