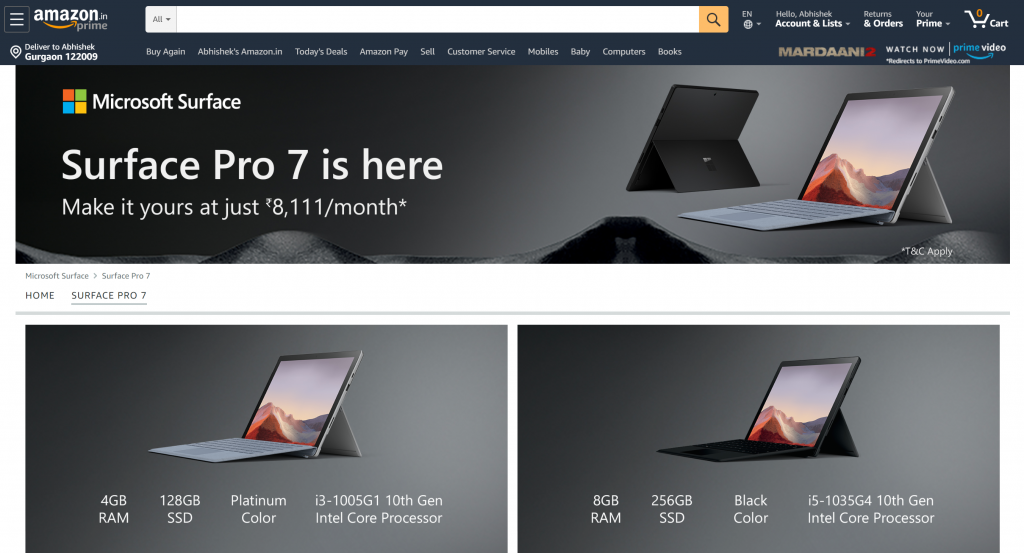 The new Surface Pro 7 devices have gone on sale in India.

A Microsoft India spokesperson responded to my query and informed me that there will be a broader announcement about the same soon, and the accessories that are listed but not available at the moment, will soon be available.

It’s likely that the official launch announcement is made on the sidelines of Microsoft’s Future Decoded summit that will be held next week in Mumbai and Bengaluru in India. Microsoft CEO Satya Nadella will be in both the cities for delivering the keynote. [UPDATE: I've now learned that the device will definitely not be launched at the summit but at a later date.]

From the listings, it is apparent that Surface Pro 7 in India will be available starting at ₹70,990 ($994) in the following configurations:

The devices will be available in both Platinum and Matte Black color variants. The only new Type Cover listed is the Surface Pro 7 Signature Type Cover (priced at ₹14,999). Amongst the accessories, both Surface Pen and Surface Arc Mouse along with the dock, power supply, and adapters are available – although, these have been available already for the previous generation devices.

Surface Laptop 3 screens are cracking, Microsoft is silent so far