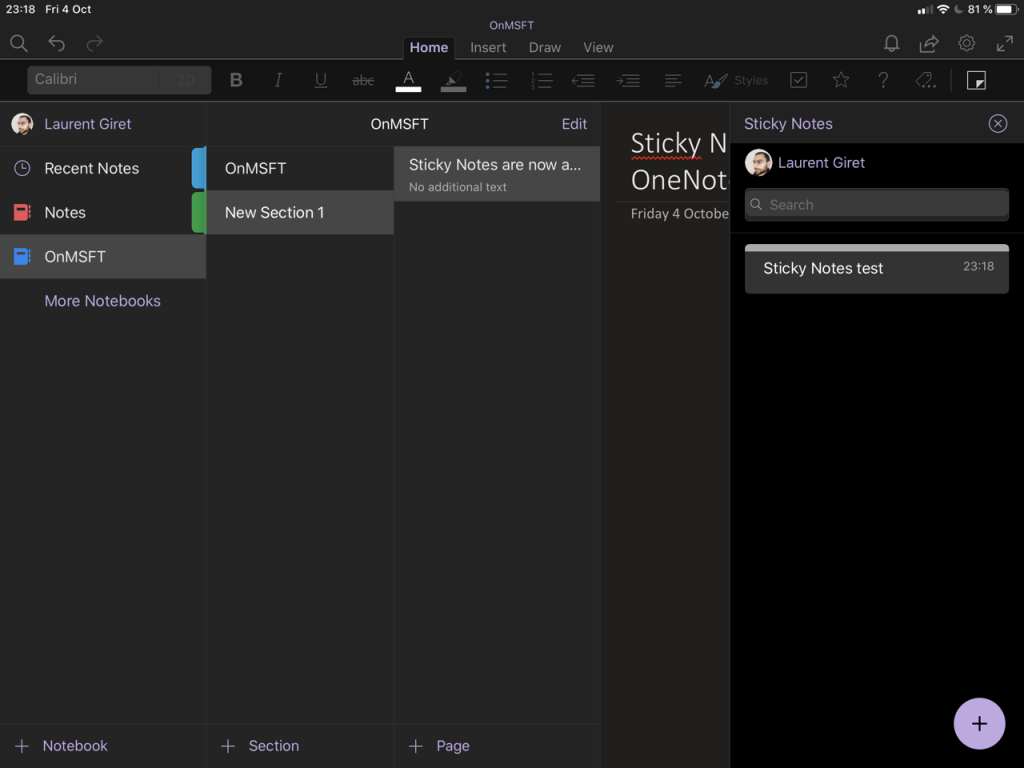 If you're using OneNote on iPad, you're in for a treat. Microsoft has announced that Sticky Notes integration is now rolling out to the iPad version of the popular note-taking application.

Sticky Notes integration now rolled out to everyone for OneNote iPad! What are you going to do with Sticky Notes in @msonenote? https://t.co/MA5ToULOYx

To see the Sticky Notes within OneNote for iPad, all you need to do is restart the application. Once you do, you should be able to select Home, and the Sticky Notes icon will appear on the far right corner of the screen. However, right now it would appear as though the feature only works with standard Microsoft Accounts, as we were not able to see sticky notes created with an Office 365 account.

In related news, Microsoft is also rolling out a dark mode for users with the beta version of the Office apps for iPad, including Word, Excel, Powerpoint and OneNote. As we show below, the dark mode does not necessarily apply to all portions of the apps. With Word, only the top portion of the user interface will turn dark. In PowerPoint, most other portions of the app are dark, including the slide preview area on the right side of the screen. Finally, in OneNote, all pages turn dark, unlike the experience on Android. 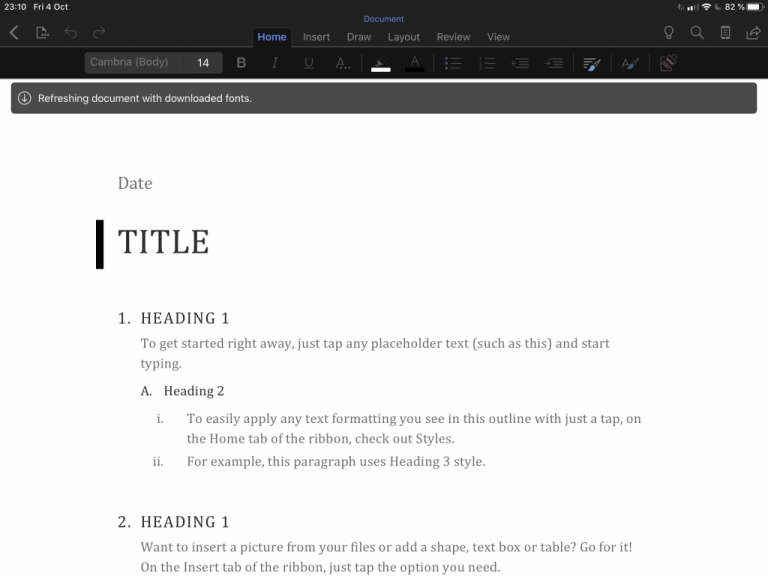 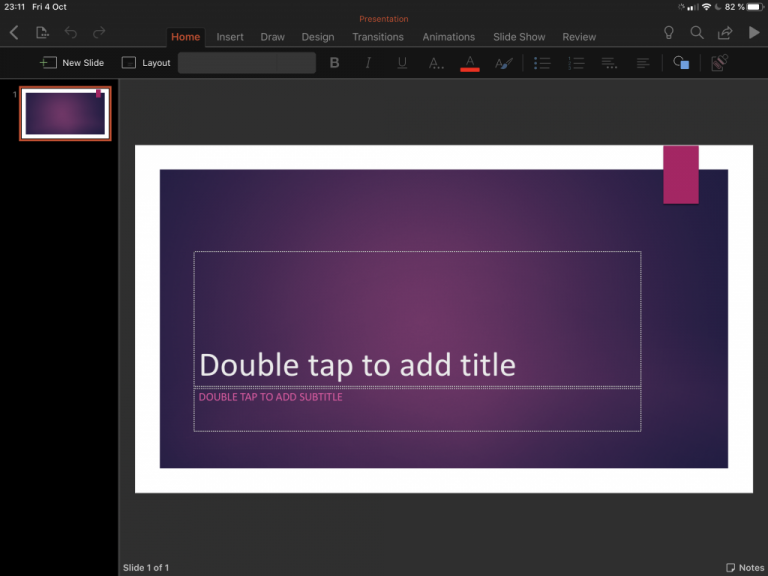 Once beta testing is complete, you can expect these same dark mode features to roll out to the standard versions of the app. For now, you can sign up to beta test the dark mode through Apple's Test Flight program, but be aware that seats are extremely limited.