A little more than two years after its launch, did Microsoft Edge manage to get a significant browser share on Windows 10 PCs? Far from it, according to the latest data from Net Applications. The company that provides detailed web usage share statistics has recently modified its methodology to exclude bots from its statistics:

"As bot traffic across the web has risen dramatically, it has been a challenge to detect and remove it from our dataset," explained Net Applications. "This is a critical issue since bots can cause significant skewing of data. In particular, we have seen situations where traffic from certain large countries is almost completely bot traffic."

Net Applications modifying its methodology to eliminate bot traffic had a big impact on Edge's real use worldwide. According to the company's updated data, Edge's browser share went from 14.8% in May 2016 to 13.2% in November 2017, but topping at 15.6% in April of this year. 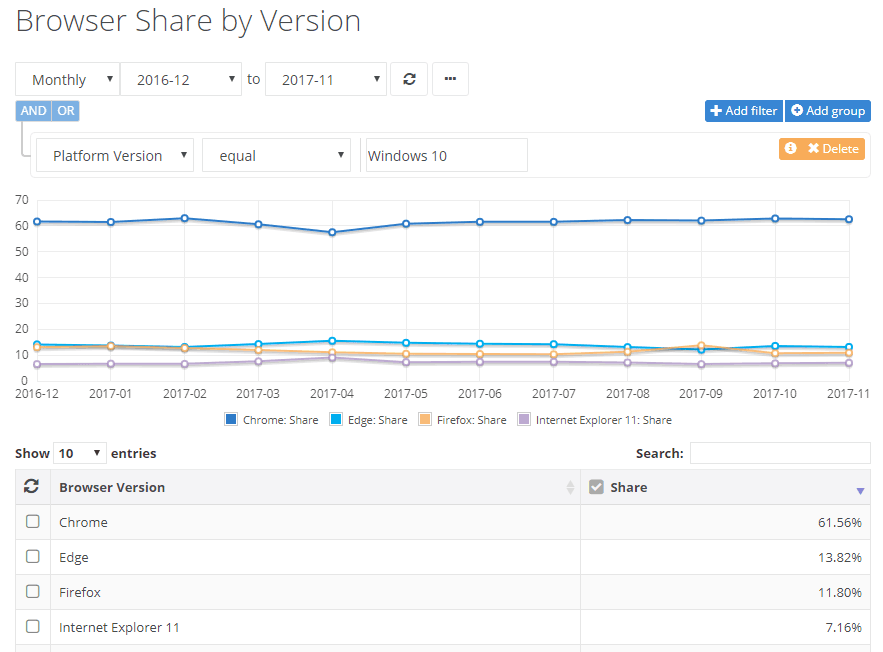 As noted by Computerworld, these are much lower numbers compared to the legacy data from Net Applications, which the company says was biased because of bot traffic:

Before Net Applications' methodology modification, Edge was the choice of between 28.5% (in May 2016) and 15.7% (October 2017) of all Windows 10 users. While that was ultimately a steeper decline, for most of the period Edge's share of Windows 10 hovered around the 21% to 22% mark. Only in the last three months did the older data show Edge's place on Windows 10 start to slide, perhaps a sign that Net Applications' new data scheme was implemented before the firm made the news public.

It's interesting to remember that if Edge has been globally bleeding browser share between and April 2016 November 2017 (an 11% decline), Net Applications says that the OS share of Windows 10 went from 23.06% to 31.95% during the same time frame. Obviously, that didn't help Microsoft Edge gain more users on Windows 10. 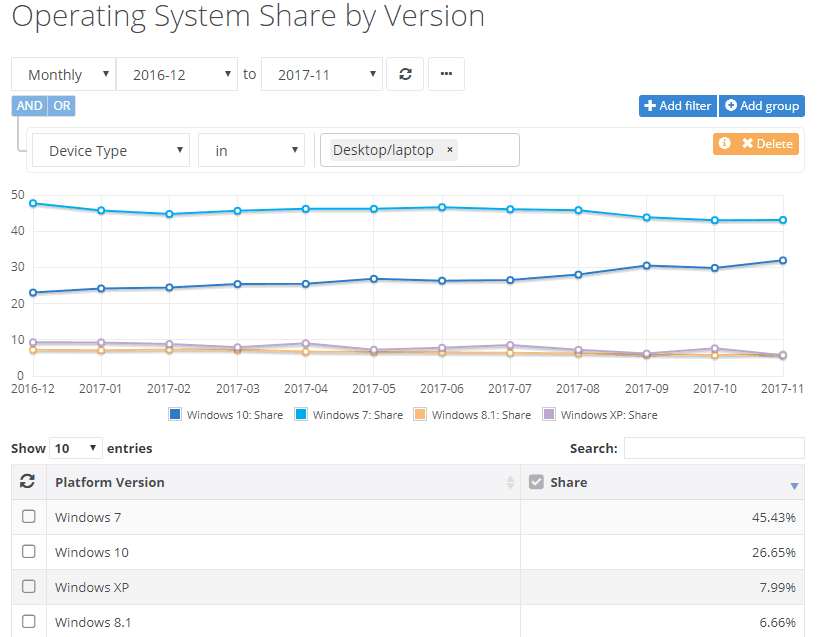 So yes, despite all the progress that Microsoft has made on Microsoft Edge over the past two years, the web browser is currently being used by less than one in six Windows 10 users. It remains to be seen if the availability of Microsoft Edge on iOS and Android could reverse this trend, but for now it's still too early to have an idea. Edge recently reached 1 million downloads on Android, but the web browser should become much more attractive once Microsoft implements tab sync between Windows 10 and mobile devices.

What do you think Microsoft Edge needs to make it more attractive for Windows 10 users? Sound off in the comments below.