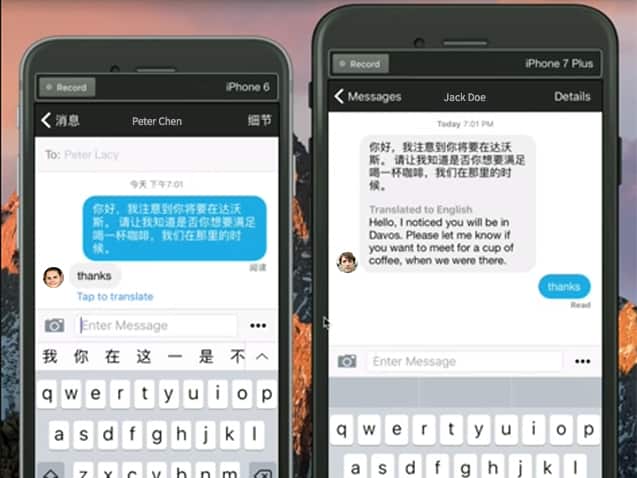 Layer, a messaging startup supported by Microsoft Ventures, wants to make conversations easier and languages more natural. Layer has employed the use of Microsoft Translator to help Layer overcome the hurdles brought by translating different languages. Last week at the World Economic Forum in Davos, Switzerland, Layer showcased its messaging tools allowed one user to send a message in their native language to another user who receives the message translated to their native language.

Ron Palmeri, Layer’s CEO, believes translating and communicating across different languages would "facilitate communication that is pretty powerful." In order for Layer to add the almost instantaneous translation, Layer utilized the Microsoft Translator API, which allows developers to integrate translation into their apps as well as other tools.

Palmeri added that Layer is expected "to perform and behave as well as the best-in-class apps that we use in our personal lives every day,” which is why Microsoft Translator API is such an important tool.

"Layer makes real-time communications services available to businesses who want to add to highly customized, branded mobile and Web experiences. Layer customers including business-to-business and business-to-consumer clients in industries such as retail, financial services, real estate and healthcare. Layer's messaging tools aim to be as easy and intuitive to use as the consumer messaging apps people use on their mobile phones and favorite social media platforms."