Star Wars Battlefront now available for pre-order on Xbox One - OnMSFT.com Skip to content
We're hedging our bets! You can now follow OnMSFT.com on Mastadon or Tumblr! 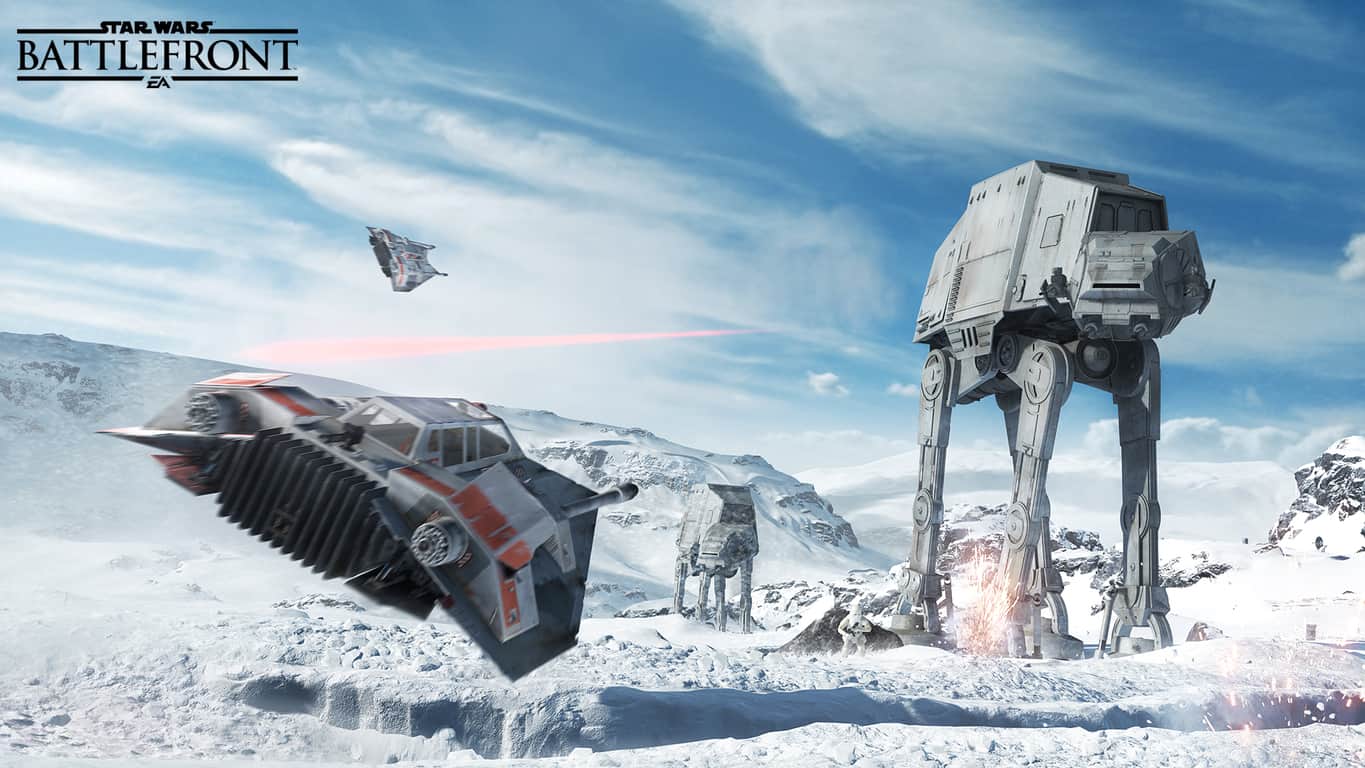 Star Wars Battlefront for Xbox One is now available for pre-order in the Xbox Store. The game official releases on November 17th. But for those who wish you can pre-order your digital copy now, which will allow you to pre-download the game so that you can start blasting storm troopers, fly the Millennium Falcon, and take down an AT-AT as soon as 12:01 AM EST November 17th.
The official game description reads:

Immerse yourself in the epic Star Wars battles you’ve always dreamed of and create new heroic moments of your own in Star Wars Battlefront. Feeling the ominous thud of an AT-AT stomping down on the frozen tundra of Hoth. Rebel forces firing blasters as Imperial speeder bikes zip through the lush forests of Endor. Intense dogfights between squadrons of X-wings and TIE fighters filling the skies.

But if you can’t wait until November 17th to get your hands on large scale Star Wars FPS and dog-fighting there are a couple of options. First if you are an EA Access Member you will save 10% on your pre-order as well as the ability to play Star Wars battlefront as soon as November 12th.


If you can’t wait till November, there is the option to give the multiplayer beta a try this October. As we reported last week, EA will be providing a beta to anyone who wants to try it between October 8th and October 12th for both Xbox One and PC. The beta will include access to three game modes: Walker Assault on Hoth, Drop Zone on Sullust, and Survival Mission on Tatooine. If you are interested in the beta you will be able to download it in either the Xbox Store or the EA Origin PC client next week. You can check out our previous article for more information.
Star Wars Battlefront is the next-gen third installment in the popular, but long dormant, series. EA DICE developed the game using the Frostbite 3 engine, which EA DICE debuted in Battlefield 4. The end of October will mark the 10 year anniversary since Star Wars Battlefront 2 came out on PC and the original Xbox. The game had a loyal fan base who have patiently waited and hoped for a new installment in the series. Hopefully EA DICE’s reboot will be able to meet expectations if not surpass them with their proven track record of high quality large scale FPS games in the Battlefield series.
Star Wars Battlefront Standard Edition is available for pre-order for $59.99. There is also a Deluxe Edition for $69.99 which includes in-game items, exclusive emotes, and instant access to weapons and accessories.