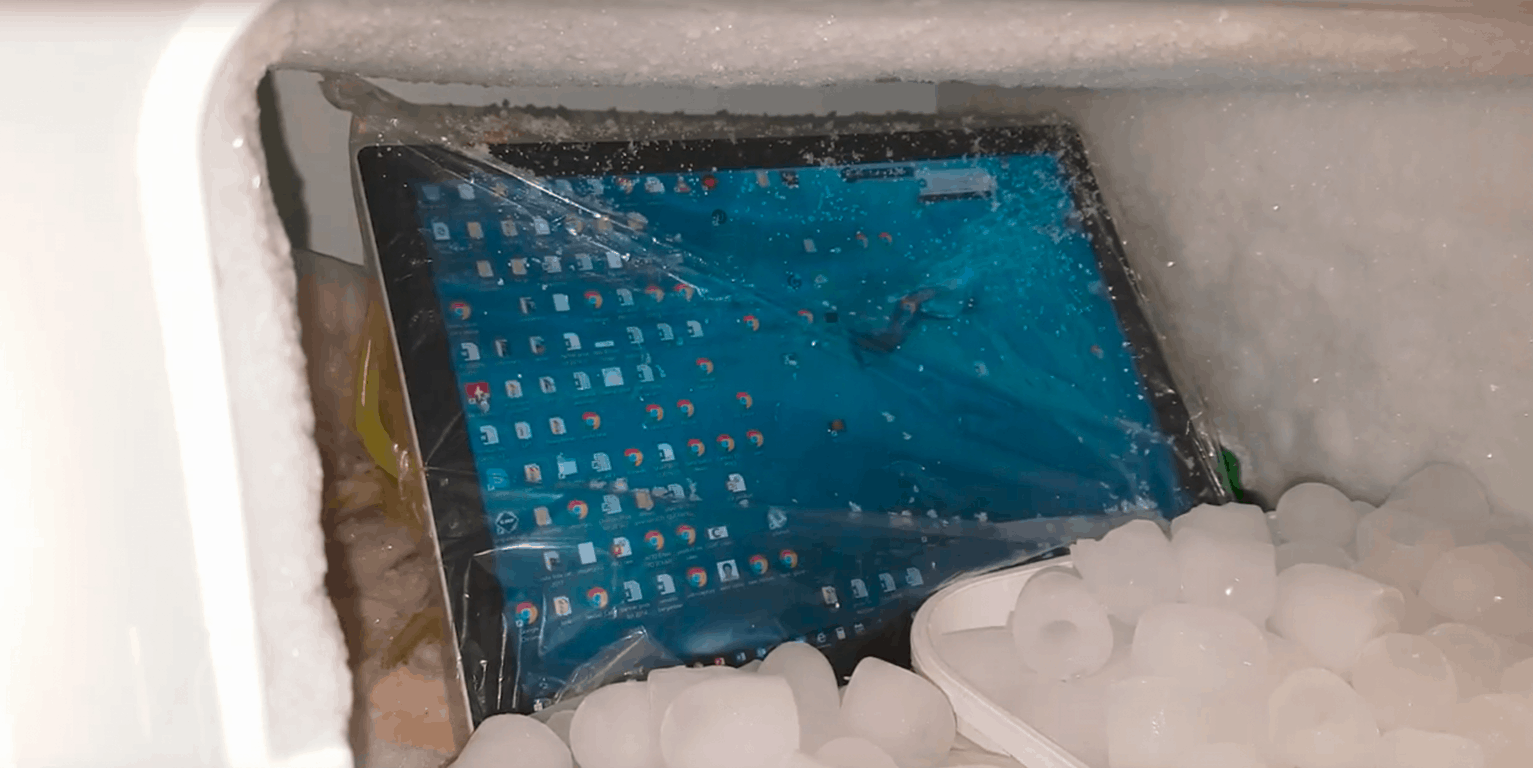 For more than a year now, some Surface Pro 4 owners have complained of screen flickering issues on their devices. A website dubbed “Flickergate” has even surfaced, noting that some 1,600+ users are raising their voice on the flickering problem. Now in the latest entry to the Flickergate saga, some Surface Pro 4 users are apparently freezing their devices to resolve screen flickering issues (via The Verge.)

Though the freezing process sounds a bit odd, it is apparently working for some users. This is because the flickering is linked to a hardware issue, causing the Surface Pro 4 device to heat up while it is in use. Of course, the solution is only temporary, and one YouTube user jokes “Of course after few minutes flickering starts again… but who cares!! For sure Microsoft doesn’t. My next office will be inside a freezer.”

See it for yourself in the video below:

Microsoft tells The Verge less than 1 percent of all Surface Pro 4 devices are experiencing this issue, and the company won’t be able to address it via a software update. The Redmond giant is still aware of the problem, is monitoring it, and urges affected users to contact Microsoft Support for assistance.

Unfortunately, the problem for many Surface Pro 4 users is the flickering problems generally arise once the device is out of warranty. Many users have had to pay up to $800 for out of warranty exchanges, and the Flickergate group website complains customers have lost $2.5 million due to faulty/defective Microsoft Surface Pro devices. Flickergate also lists that the same flickering occurs on refurbished units offered as replacements.

The group explains the problem they have with both Surface and Microsoft:

Unfortunately no software fix is available for this problem. Some of users were offered replacements as fix by Microsoft but the problem still remains there as users reported on the official forum of MS that they had the same problem with 3,4 consecutive replacements… Surface Pro’s are marketed and priced as premium devices. Microsoft should therefore respond accordingly by acknowledging the issue and offering a solution. If the issue is a hardware fault, then Microsoft should recall affected devices.”

It’s been a rough time for Surface over the past few months, especially after Consumer Reports dropped their recommendation of Surface products due to high breakage rates. Repairing the device on your own is also hard, as the modern Surface devices made iFixIt’s worst devices of 2017 list.

Microsoft, though, remains committed to the Surface lineup of devices and challenged Consumer Reports, noting every generation of Surface is getting better. Surface revenue also grew for Microsoft despite all the negative press, up 1.5% from the last quarter.