Some Surface Earbuds owners are experiencing an "hissing" issue, are you impacted, too? - OnMSFT.com Skip to content
We're hedging our bets! You can now follow OnMSFT.com on Mastadon or Tumblr! 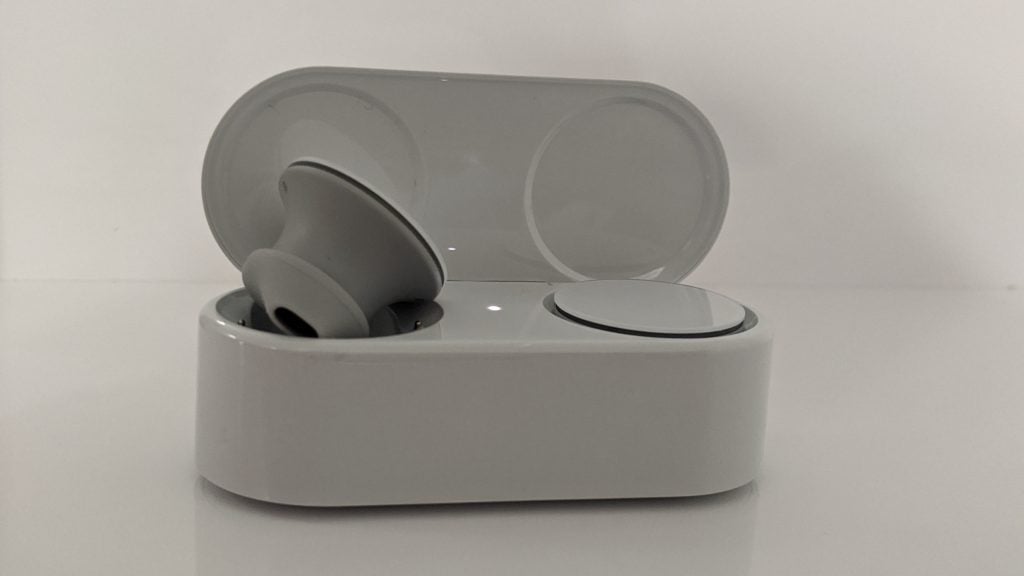 Microsoft's new wireless earbuds, the Surface Earbuds, just launched a few weeks ago, but it would appear as though early adopters are already experiencing issues with the hardware. Noted by the folks at Tom's Guide, some people are hearing "hissing" noises, as well as other "popping" sounds when wearing the earbuds and listening to music.

We're fresh off our review of the Earbuds and haven't suffered any of these issues, so it doesn't appear to affect all Surface Earbuds, but a user on the Microsoft Answers Community originally described the scope of the problem. "Whenever there is about to be sound played - such as unlocking of the phone, start of a phone call or music, white noise hissing appears, sometimes with a "pop" and then lasts about 2-3 seconds after the sound stops," says the user.

Other users on the same thread report similar problems as well. One Surface Earbuds owner reports that the hissing is constant, and very audible when nothing is playing and can get masked by music. Another claims a response from a Microsoft engineer, saying that he was told it was normal for when audio is stopped to hear 1-2 seconds of white noise followed by a low volume clicking noise. His response also says that Microsoft revealed that this occurs as the amplifier built into the Surface Earbuds turns off, and how it doesn't affect the functionality of the device.

Importantly, another Microsoft Answers member going by the name of "Ulfarinn" claims that their other Earbuds also do the same thing. However, a user known as "benkly" claiming to be electrician claims that it could be a badly calibrated amplifier.

A Microsoft agent going by the name of Janette_Z did reply to the thread with some details on how to reset the Surface Earbuds, but it doesn't really seem like an official fix. It seems as though this "hissing" sensation is normal, but we're hoping that this isn't really a hardware issue and can be addressed in a software update.