Microsoft has released today a new update to the Skype Preview UWP app for Windows Insiders in the Fast Ring. The new version, 11.8.180, brings small UI changes across the board but the biggest addition is probably the ability to use Skype UWP as the default messaging app on Windows 10 Mobile.

However, be aware that the option doesn’t seem to be available for everyone yet as we’re currently not seeing it on all of our Insider devices. But if you’re lucky, you should see the following screen when you open the app after updating it:

The app will ask you set it as the default SMS app.

On Windows 10, a new SMS sync setting has also appeared:

The app now has an SMS sync setting on Windows 10.

Among other highlights, the app now allows you to switch between Skype contacts and device contacts in the contact section, though it’s not possible to display all your contacts at the same time. Lastly, it’s also finally possible to hide conversations. If you’re currently on the Fast Ring, let us know what do you think of this new version.

Update: Uninstalling and reinstalling the Skype Preview on Windows 10 Mobile was enough to get the SMS settings working for this writer. You might want to give that a try if you’re not seeing the SMS option on your device. 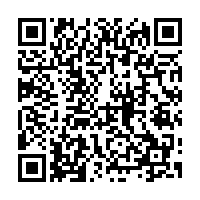