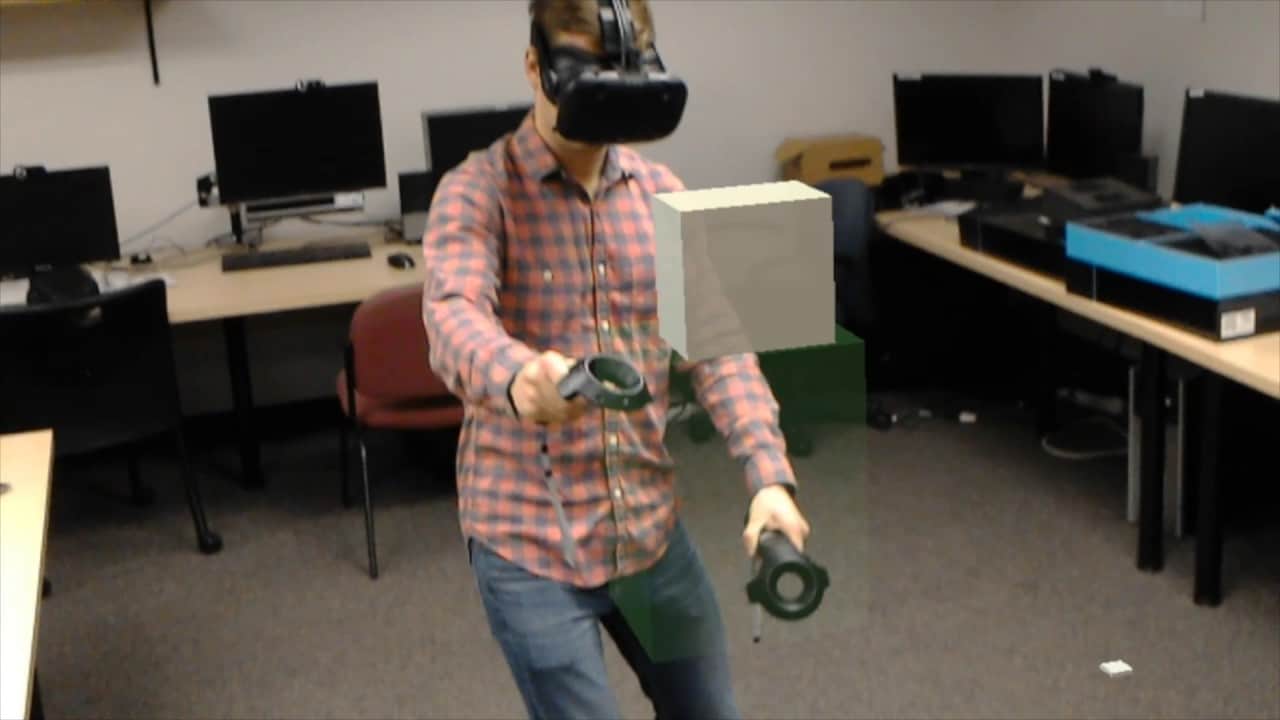 We bet you didn't think you'd see the Microsoft HoloLens and HTC Vive playing so nicely together. But according to Drew Gottlieb, a student of Computer Science at Rochester Institute of Technology, these two devices can put together what he calls a "shared reality" between users (via Neowin.)

Albeit through some major tweaking, Gottlieb has managed to combine the virtual space of both the augmented reality HoloLens headset and the virtual reality HTC Vive headset. This is possible through the "HoloViveObserver" app. Created specifically by Gottlieb for these experiments, the app uses controllers to enable a limited virtual space and syncs it to view that of the HTC Vive. Creations in virtual reality are visible through augmented reality with the HoloLens headset.

With HTC Vive's head start at selling virtual reality headsets before Microsoft's OEMs, this might be a useful way to test out the HoloLens without buying another device. Of course, the augmented reality headset is still in developer mode. In fact, the high price tag is forcing sales to be severely focused towards business and developer interest.

But the prospect of a "shared reality" is still a pretty cool one. The HoloViveObserver app is open source on GitHub.