"Each season will last approximately three months and will begin with a new piece of content, a new experience or way of playing. Alongside that, over the three months, there will be regular and featured live events. What's really exciting for us is that outside of the progression system that's already there, you can feel that sense of progress each time you play. So even if you don't finish your adventure, you still feel that tangible sense of progress when you play Sea of Thieves."

Recently, Sea of Thieves and 29 other games were optimized to play on the new Xbox Series S and Xbox Series S consoles. In addition, Xbox Series X and S owners can get the free Duke ship set inspired by the original Xbox console. Just a reminder, Xbox Live Gold is required to play Sea of Thieves and with the pirate adventure game already for free on Xbox Game Pass, it might be a good idea to get an Xbox Game Pass Ultimate subscription to save you some money. With Xbox Game Pass Ultimate, you'll get an Xbox Live Gold subscription included, along with over 200 games on Xbox Game Pass, and 75 games via EA Play. All that included for just $1 for your first month. Join today. 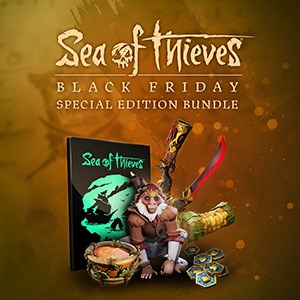