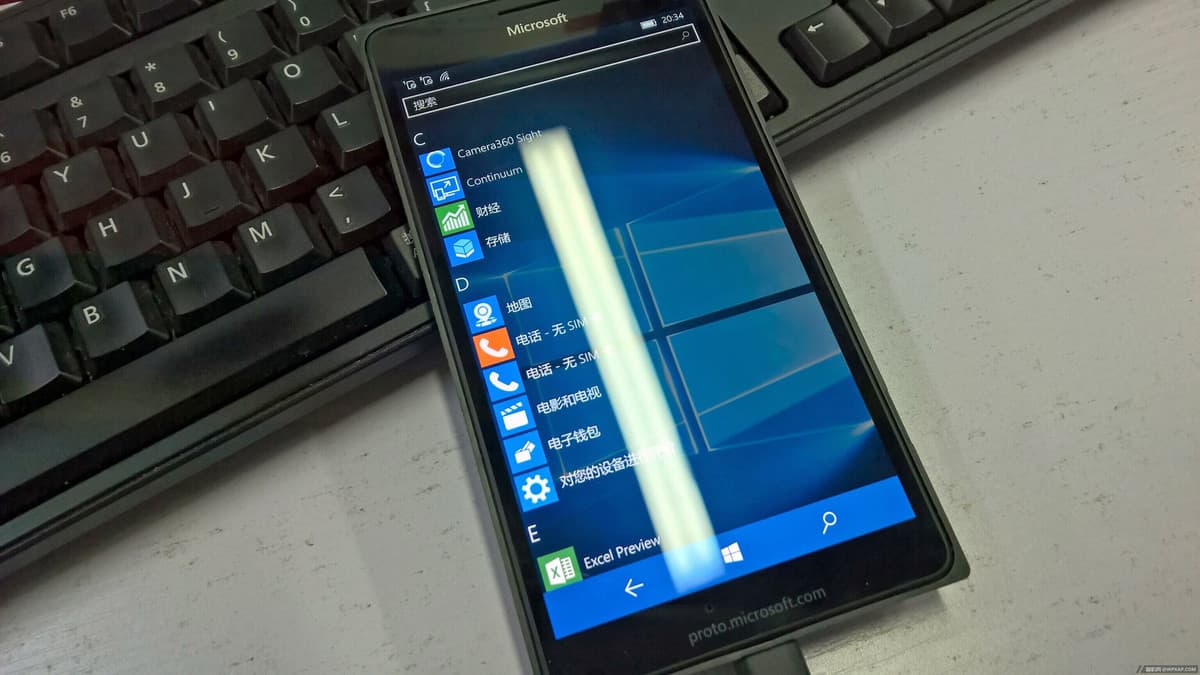 It's feels like ages since Microsoft introduced a new flagship Windows Phone handset. The company did confirm a Windows 10 Mobile flagship device is on the way, but there isn't any other information from official sources. Nonetheless, we've heard quite a lot about the upcoming flagship devices, codenamed Cityman and Talkman, from the rumor mill.
We've seen a handful of leaks hinting what the handsets will offer in terms of specifications, and there were some leaked images of an alleged prototype running the new mobile operating system Windows 10 Mobile. There's no concrete details available about the launch of the handsets, but most previous reports have hinted at a September launch event, likely a separate event than the one scheduled for IFA 2015 in Berlin.
A new report from NPU (via GSMArena) hints that Microsoft may launch both handsets on October 19th at an event in New York. The tip comes from the an anonymous source and couldn't be confirmed so we'll recommend you to take it with a grain of salt. The report continues to mention that we may get to see the Surface Pro 4 alongside the new iteration of the Microsoft Band at the event.
It may sound too good to be true, but previously leaked information from trusted sources such as @evleaks hints at a September launch for both handsets. Another rumor in July also hinted that Microsoft is planning to schedule an event on September 24th to introduce Windows 10 Mobile and new devices.
As far as the leaked specifications are concerned, both devices are expected to feature top-of-the-line hardware. Here's what both handsets are rumored to come with:
Lumia Talkman

We'll update you as soon as we get to hear anything more about the alleged devices. For now, it's important to take these rumors as what they are, possible indicators of details, but ultimately still rumors.

Enable the favorites bar and dark theme on Microsoft Edge