If you’re not familiar with Roku, it’s a company offering a range of digital media player set-top boxes in select markets. While Roku previously delivered apps for Windows 8.1 and Windows Phone 8.1, the new Windows 10 PC app will allow users to navigate a Roku device from their Windows 10 PC:

With more and more Windows 10 devices supporting both point-and-click, as well as gesture navigation, you can browse lists with a simple swipe or by clicking to bring the next page of content to the front. Browse more than 3,000 channels and 300,000 movies and TV episodes, or ask Cortana to search for your favorite content.

The new Crunchyroll app for Windows 10 offers thousands of episodes of your favorite Anime straight out of Japan, on all of your Windows 10 devices (free download, subscription required)!  Watch the newest seasons of shows like Naruto Shippuden, Re:ZERO -Starting Life in Another World-, Parasyte, Fairy Tail, Hunter X Hunter and many more.

The app’s Live Tile will rotate through the five most recently updated series to show you what’s new, and you can ask Cortana to do searches like: “Hey Cortana, play Naruto Shippuden on Crunchyroll” or “Hey Cortana, show me popular anime on Crunchyroll.” Start watching for free (no membership required) or try premium free with a 14-day trial.

Lastly, Sirius XM is a satellite radio company that currently offers a subscription-based service in the US. The new Windows 10 PC app has been in the pipeline for some months as we previously reported in March that developers have been asking subscribers to test a beta version of the app. According to Microsoft’s blog post, the new app also brings support for Live Tiles and Cortana:

Listen to commercial-free music, plus exclusive sports, talk, comedy, and entertainment programming. The Live Tile will show you what you’re currently listening to, and you can ask Cortana to play or fast forward. Stream SiriusXM channels live, access hundreds of On Demand shows and custom mix SiriusXM music and comedy channels so you hear more of what you want.

You can install all of these apps from the download links below. However, be aware that they won’t be available in all markets. It’s great to see that Windows 10 users are getting more choice for their entertainment and we hope other developers will keep filling the Windows 10 Store with high-quality universal apps. Let us know in the comments if  you’re happy to be able to use these apps on all your Windows 10 devices. 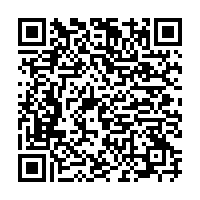 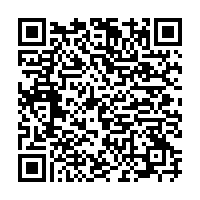