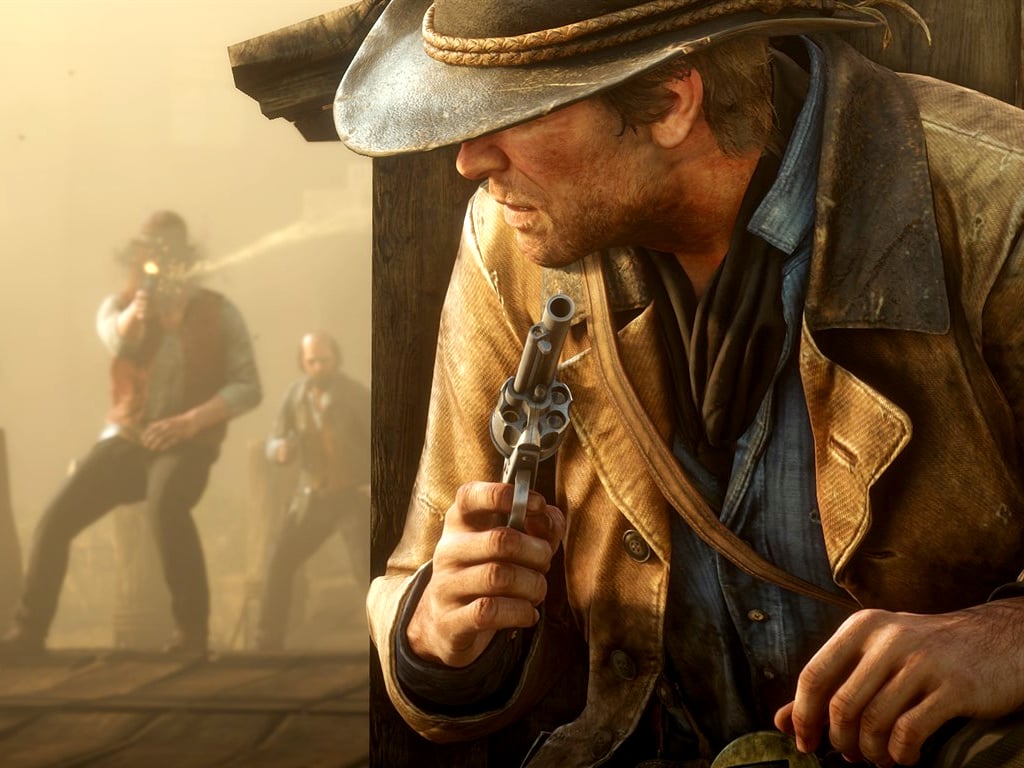 Red Dead Online is a vibrant, ever-evolving online world where you can take on a range of unique roles and pursuits to blaze your own outlaw trail across the American frontier. On December 1st, 2020, Red Dead Online will be available as a standalone game from the Microsoft Store, Rockstar Games Launcher, Epic Games Store, and Steam. Previously, the online play has been available only with Red Dead Redemption 2.

In Red Dead Online, you can create your own path on the frontier by using any of the five unique Specialist Roles, including Bounty Hunter, Naturalist, Trader, Collector, and Moonshiner. Play Red Dead Online with friends on Xbox Live in the story-based co-op mission (2-4 players), A Land of Opportunities, to help the widow Jessica LeClerk and her right-hand man, Horley gain revenge upon the men who killed her husband. You can also compete in Showdown modes, where you can compete against other players in 1-on-1 classic gunfights on team-based play to acquire territories or supplies.

Red Dead Online has so much more to choose from, including Free Roam Missions, playing games of Poker, and other competitive Free Roam Events and Daily Challenges taking place across the vast frontier. Keep in mind, the standalone version of Red Dead Online will take up more than 123GB of disk space on your console or PC.

Red Dead Online allows players the option to unlock the story mode (single-player) of Red Dead Redemption 2, a game you will still need to purchase separately. Xbox Game Pass subscribers already have access to Red Dead Redemption 2 as part of their subscription, so if you want to save some money, it might be a better deal to sign up for Xbox Game Pass Ultimate for just $1. Starting December 1st, keep a look out for Red Dead Online available in Microsoft Store $4.99 until February 15, 2021.