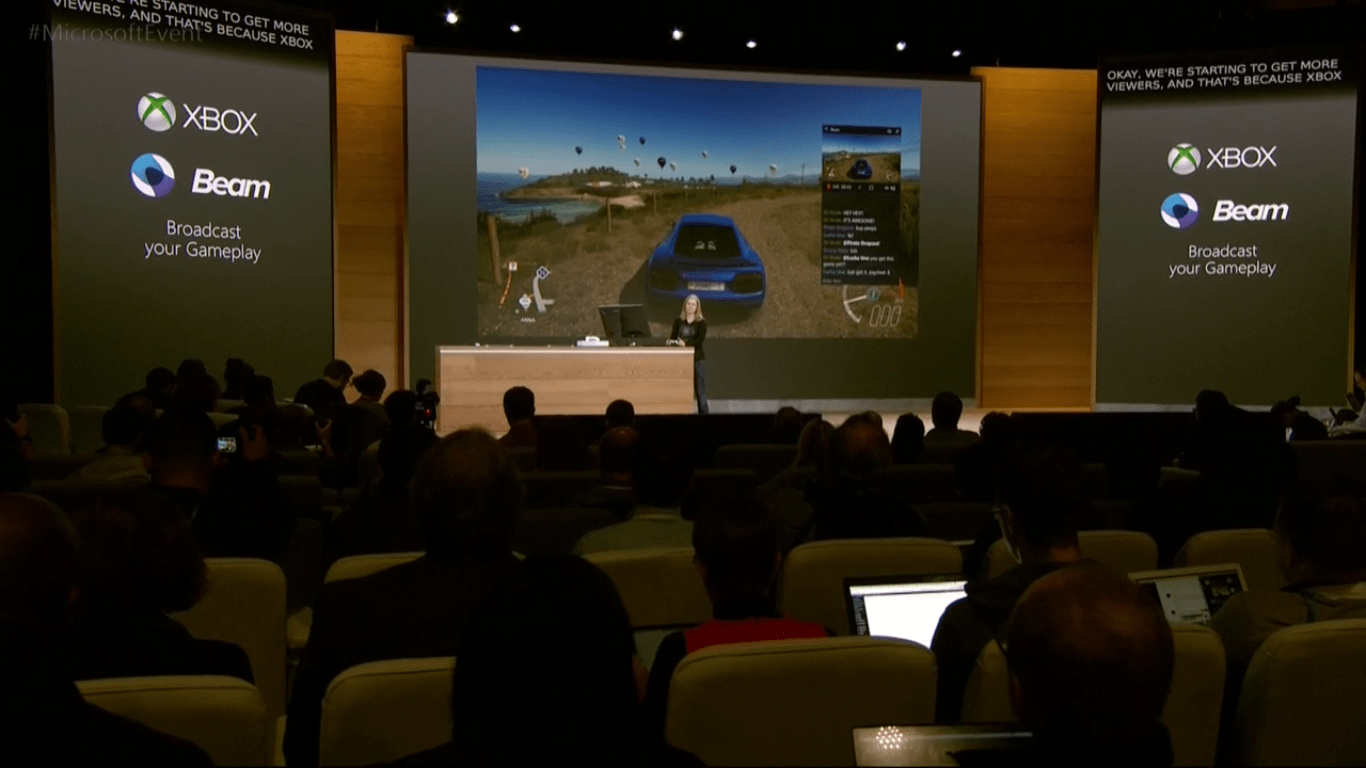 Xbox One is also getting some exciting changes when it comes to Microsoft’s recently announced Windows 10 Creators Update. Announced earlier today at the event in New York City, Jenn McCoy took the stage to talk about how Microsoft wants to make video game broadcasting available to everyone.

Streaming through the Beam integration will let any Xbox One player broadcast their gameplay. With only a click on the Game Bar and selecting the Beam button, you can choose to show off to your friends, clubs, and even go public. Not only that, they’ll be able to interact with their audience through options that they can select. “Time to off-road that vehicle!” the demo shouted across the room as one viewer voted what the driver in Forza 6 should do next. Furthermore, the interaction has a cooldown to minimalize any annoyances.

Another way that Xbox is focusing on bringing the community together is by building in gamer-created tournaments with Arena on Xbox Live. These customized competitions will let you set your tournament style and invite friends/clubs together. You’ll also be able to track the progress of who is winning across multiple devices as is Windows 10 style.

While the Xbox One is improving the way that gamers interact, it is it not behind some behind the scene upgrades as well. According to the event, bitstream audio passthrough including support for Dolby Atmos will be coming with the update. While the announcement was only briefly mentioned, it’s sure to be an exciting one for audiophiles everywhere.

It looks like the Creators Update will be making streaming easier and promote integration across the Xbox Live community more than ever before. We’ll keep an eye out for more information as we get closer to the Spring 2017 release. Be sure to check out all of these announcements and more thanks to the video-on-demand.