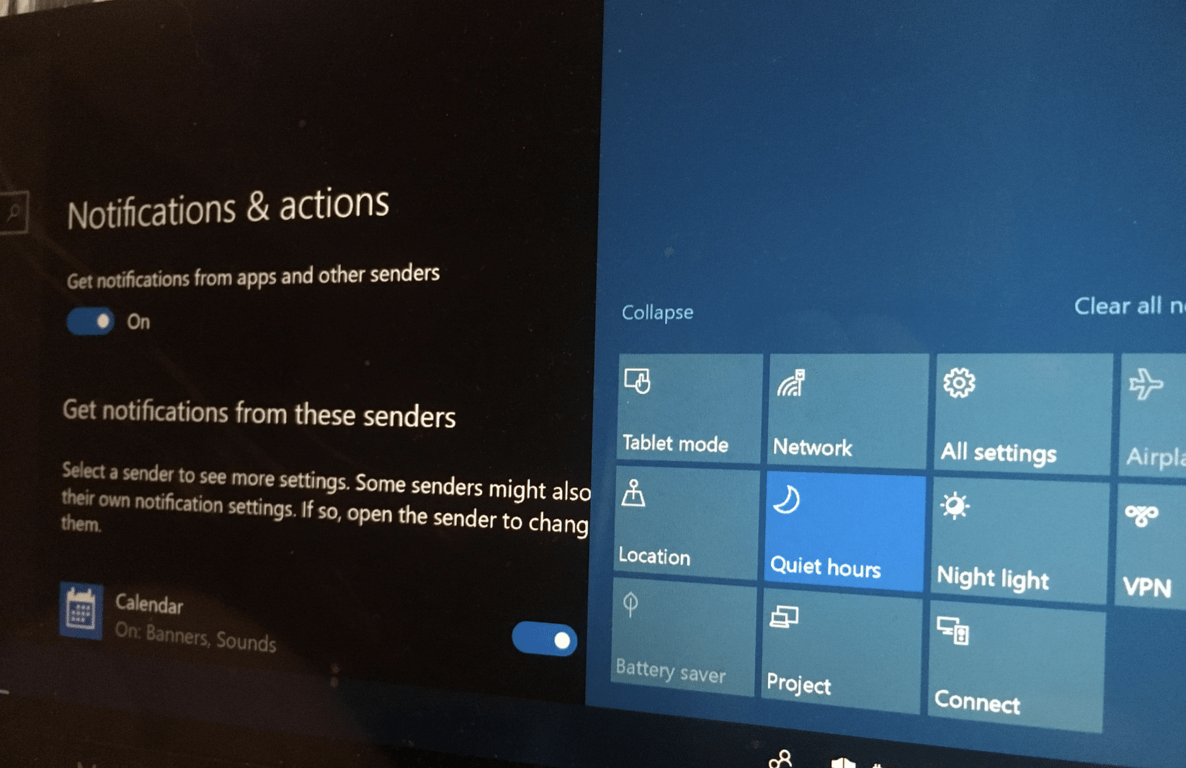 We’re still waiting to get some news on the next Redstone 4 build this week, and it seems that some information has already leaked today. Indeed, the Twitter account Synergy Insider+ shared a screenshot of a new “Quiet Hours” section in the Windows 10 Settings app.

Coming soon to a build near you, redesigned Quiet Hours.
What's the build that will have this you ask? Head to an official source for your answer: https://t.co/pOJHFWm6Ol pic.twitter.com/5GEOlWtzXc

In this same tweet, Synergy Insider+ referred to a now-deleted tweet from the official Windows Insider Twitter account. This tweet included a screenshot of the "About Windows" pop up showing the build number 17074.1000. It's not clear if this will be the next Insider build to be released, but the Windows Insider team apparently played it safe and quickly deleted the tweet. 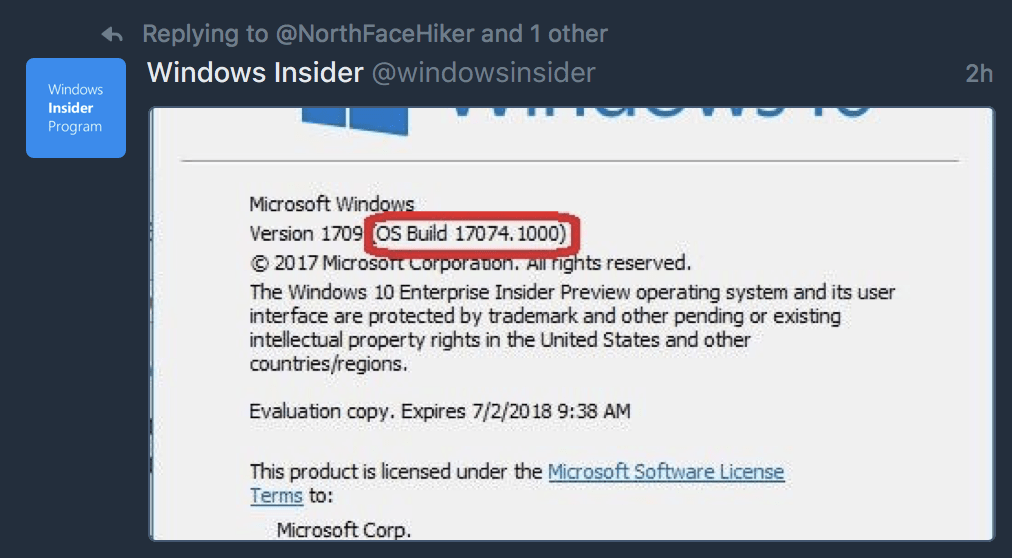 Back to Quiet Hours: As of today, the feature can only be turned on or off in the Windows 10 Action Center. For those unfamiliar, this feature allows you not be disturbed by random notifications between 12 am and 6 am, and these hours can’t be changed. But as you can see in the above screenshot, Microsoft has been working on making the feature more flexible, with new settings to let select notifications pass through. There is also an option to automatically turn on quiet hours during certain times, which seems quite handy.

This is definitely an interesting change, and maybe another sign that Windows 10 version 1803 will have a big focus on productivity features. Do you use Quiet Hours to stay productive, and are you looking forward to see the feature get some improvements? Let us know below.

Update, 3 PM ET: Synergy Insider+ is the actual source for the new Quiet Hours settings screenshot, not the Windows Insider Twitter account, as we originally reported.