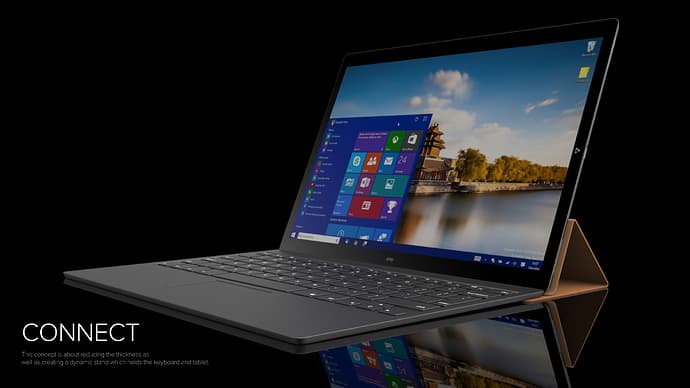 Proud creators of the Eve T1 Windows tablet have been putting their nose to the grindstone to work on their current project, the Pyramid Flipper. Crowdsourced from day one, this device has been built to the specifications and expectations of the growing Eve Community through polls and questionnaires. The 2-in-1 is expected to have best in class battery life, latest 7th Gen. Intel Core CPU, and Thunderbolt 3 connectivity. The Pyramid Flipper landed on its final design just a few months ago, and now Eve Technology is making preparations for it to go on sale.

Eve will be launching pre-orders for the Pyramid Flipper on Indie Go Go nearing the end of September or possibly early October. Devices are planned to be shipped out December 2016 to January 2017. In anticipation of a smooth launch, there will already be 500 devices manufactured and available. Concerning pre-orders after December, the development team had this to say:

The team still hasn’t said how much the Pyramid Flipper will cost yet. Although they have stated that they ‘will not let us down.’ With the system specs, it would seem that the device will be priced less than $1000 and might contend with the Microsoft Surface Pro. But it remains to be seen exactly how much consumers will be saving by ‘cutting out the middleman’ with Eve Technology.

The community continues to help feedback how the computer should be marketed and sold now. The latest feedback centers around what specifications they should offer for the Pyramid Flipper and if pre-order bonuses should be included with the Indie Go Go campaign. If you want to leave your thoughts behind, jump into the Eve Community and  helpdevelop the computer you want.