Despite Microsoft's Xbox One being beat by PS4 for a long time, the company managed to turn it around towards the middle and end of 2016, with sales numbers of Xbox One consoles beating that of Sony's PS4 overall.

When it comes to Amazon, however, the numbers paint a different picture to the one we've been used to for the past few months. Throughout the entirety of 2016, it is clear that Sony's console received higher sales than that of Microsoft's on Amazon. 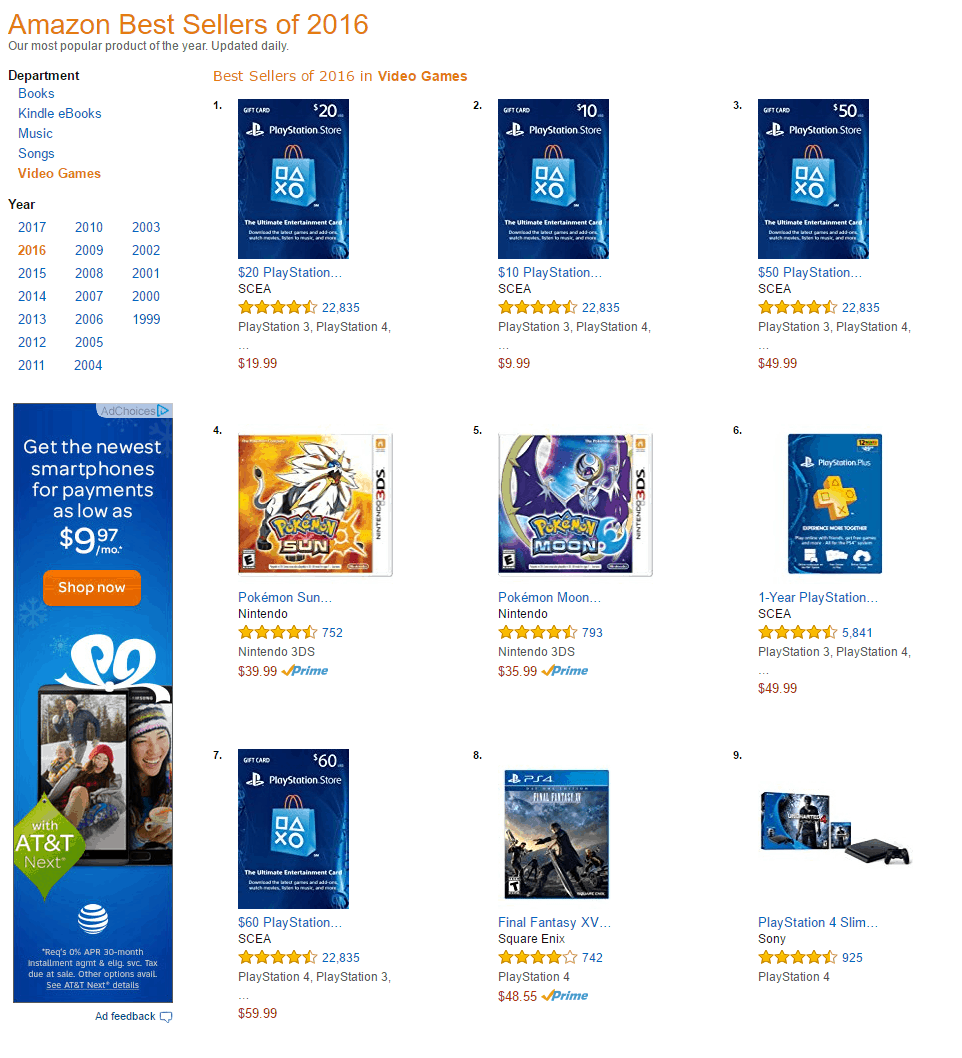 3 of Sony's PS4 consoles (including bundles) topped Microsoft's Xbox One, with the Xbox One only gaining the last 2 spots out of 5:

With Project Scorpio releasing this year, we'll have to see if Microsoft's upcoming powerhouse of a console can reverse the trend that 2016 set.