If you use PowerPoint to make your presentations, you must be aware of how tedious it is to create slides in a landscape layout, especially when using a mobile device. You have to scroll across the screen to access all the information on the slide. However, Microsoft has announced a new feature that will make this process easier. Users will now be able to create slides in Portrait mode in PowerPoint for iPhones and iPads.

“With a shift towards mobile-first content creation, we have heard from many of you that you prefer to do so in Portrait mode. Based on your feedback, We have added the capability to switch in and out of Portrait mode when both creating and editing slides,” says Microsoft.

To access this feature on your iPhone, you need to be an Office Insider running Version 2.68 (Build 22112003) or later.  You’ll need to launch the PowerPoint app on your phone, create a presentation or open an existing one. Next, select the Home tab, then tap on Design followed by Orientation. Finally, select the Portrait option. The layout of the slide in focus will change to a Portrait orientation. 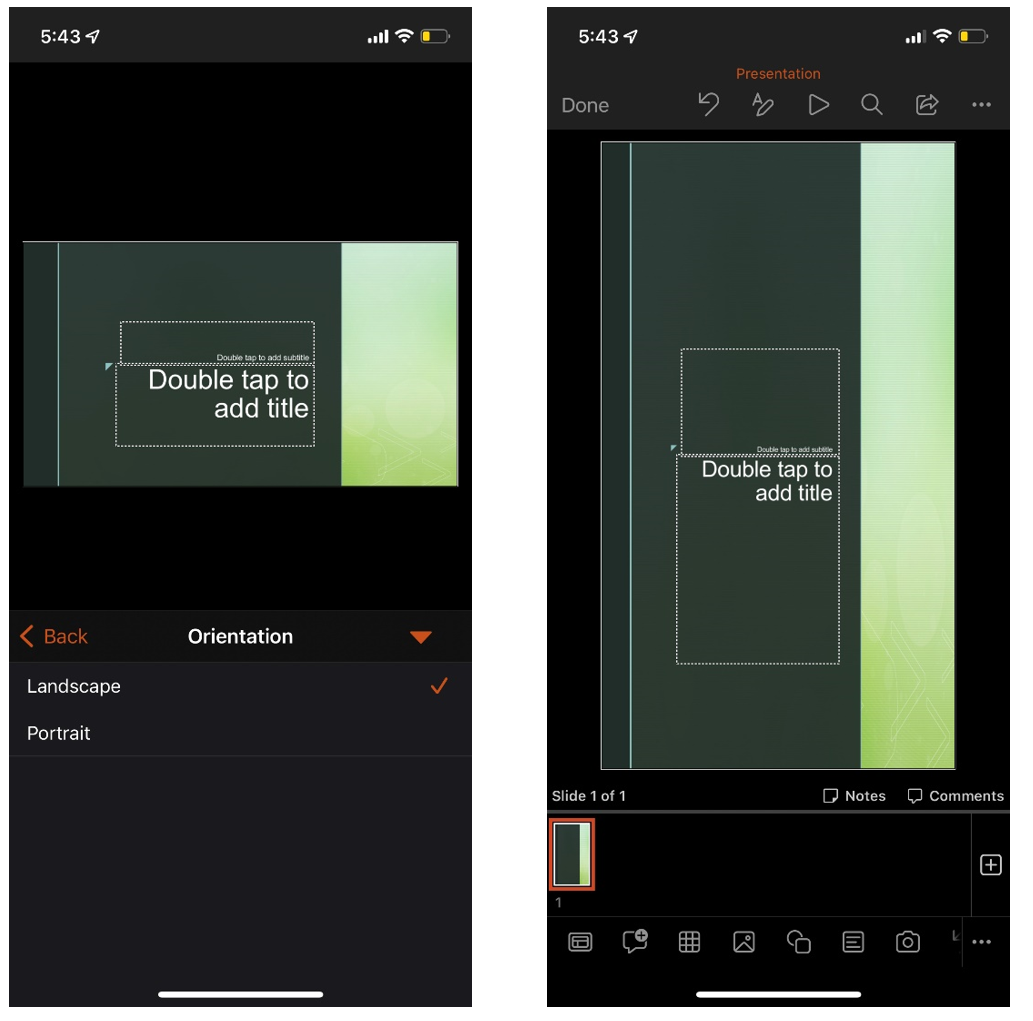 As usual, Microsoft will be rolling this feature gradually as they continue to make enhancements and improvements on the feature based on the feedback they receive. Sign up for the Office Insider Program to gain access to this feature and more.

In other related news, PowerPoint for the web now lets users insert images directly from Android phones. Share your thoughts with us in the comment section.