One of Microsoft’s largest bets with its Windows 10 release was the idea of developers creating new and powerful apps for the platform. Perhaps leading by example, Microsoft has recently released its Power BI Windows 10 universal app that now spans desktops, smartphones, and tablets.

The Power BI app experienced its first modern transformation becoming a Windows 10 Mobile app a little less than a month ago, and per Microsoft’s developer conference notes, making a Windows 10 app lends itself to relatively easily development that scales the rest of the platform.

The new Windows 10 universal app version of Power BI is an app Microsoft sorely needed to show developers what power can be harnessed using the UWP paradigm. Until recently, the UWP was home to a handful of relatively lightweight Microsoft productivity apps and bunch of news readers and entertainment apps.

The new app now comes with support for Continuum as well as being a touch-optimized experience that spans smartphone and desktop.

The Power BI universal app is designed from the ground up to run on Windows 10 using the capabilities you already know and love, such as pressing and holding on your dashboard index to open the context menu, or gaining quick access to a dashboard simply by pinning it to your device home screen as a tile. 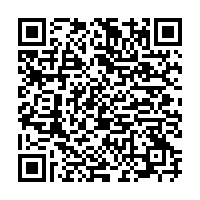 Here are the accessories Microsoft wants you to buy for your Microsoft Band, Surface Pro 4