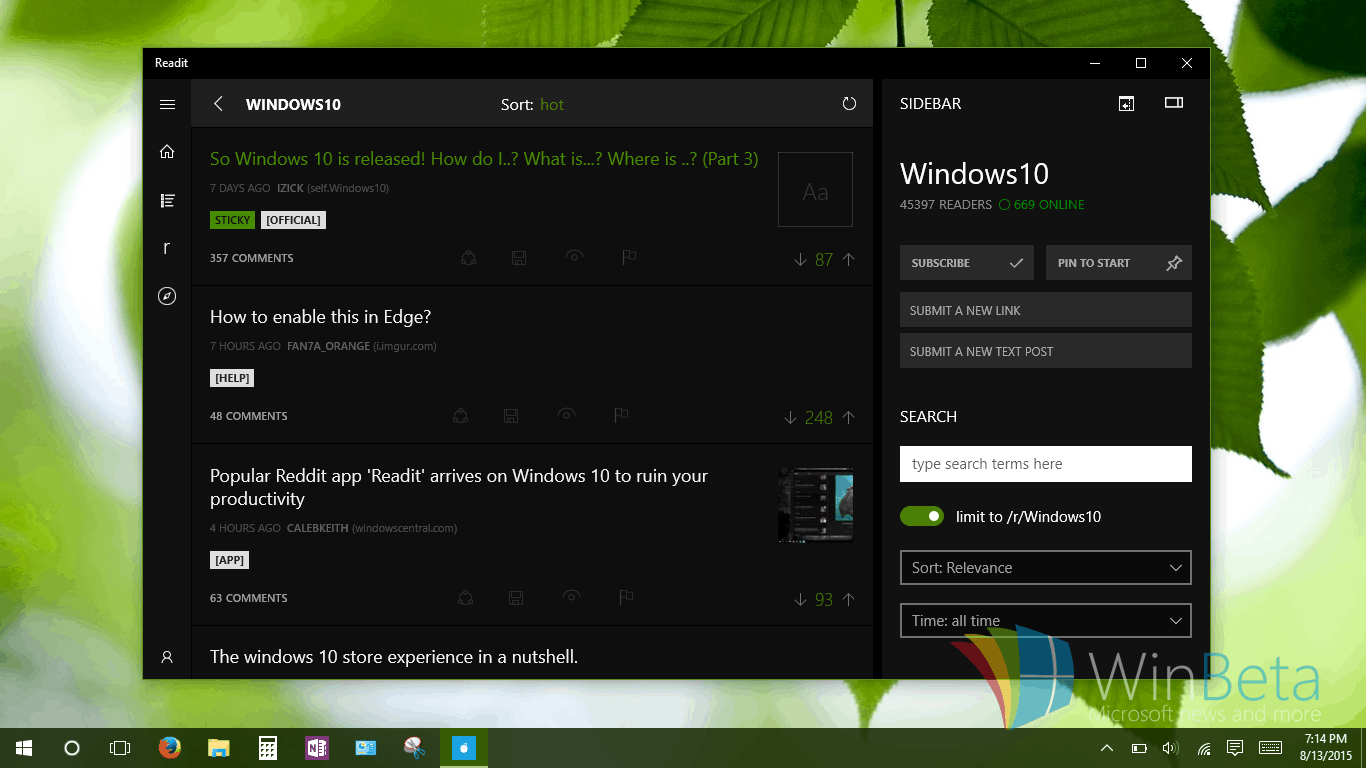 A new Reddit app was just released for Windows 10. Developed by Message Across Studios, this app attempts to be a feature-rich substitute to Reddit.com without sacrificing on performance. It's a fully functional Windows 10 universal app, and is designed to work on both small tablets and large desktops.
The app features a column interface that lets users toggle to show or hide elements of the app for one's personal preference. A lot of functionality is included in this app, including upvoting, comment nesting, and more.
The app has been on the Windows Phone store for a while and although there are several alternatives to this app, it's the first app to be made as a Windows 10 universal app.
The app developers have already announced their future plans for the app which include adding full private message support, user tags, post filtering, comment search, and more. Being a universal app, the app will eventually be updated for Windows 10 Mobile and may also make its way to the Xbox One and the HoloLens in the future.
How do you access Reddit in Windows? Share us your opinion in the comments below.

This strategy game brings something new to Windows games