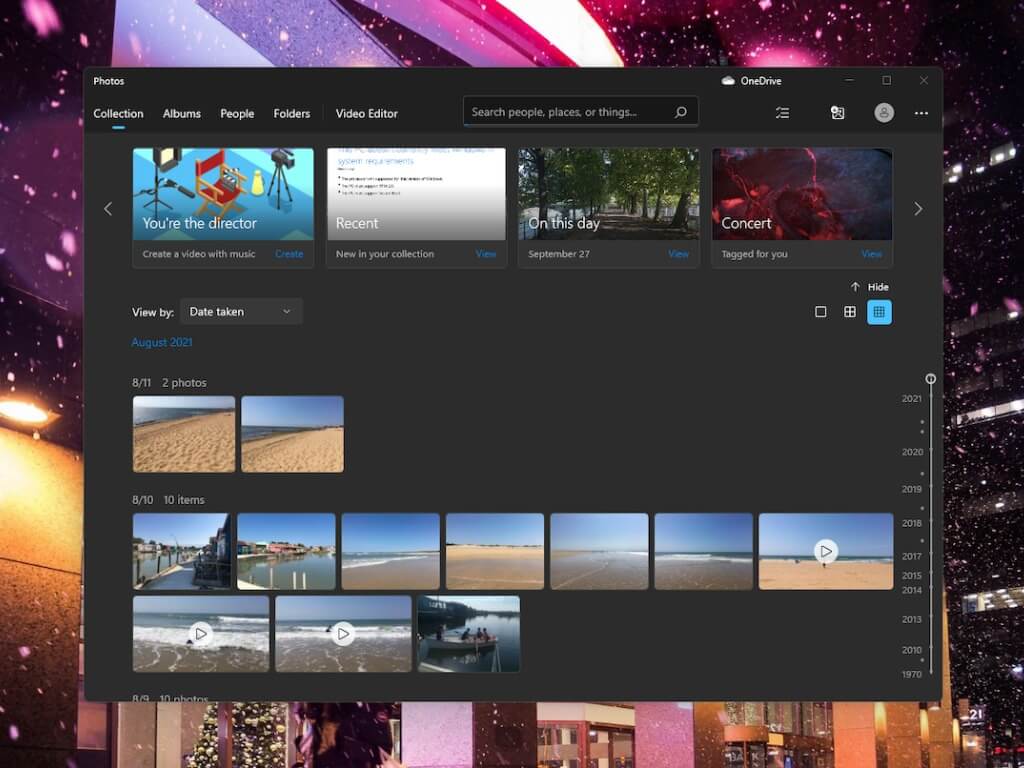 Earlier this month, Microsoft released a redesigned Photos app for Windows 11 to select Insiders in the Dev Channel. The company has now started rolling out the new Photos app to both Beta and Release Preview channels, as spotted by Microsoft MVP Richard Hay.

Microsoft says the new Windows 11 Photos app brings several enhancements over the existing version included in Windows 10. “Our goal with the redesigned Photos app was to make it faster, easier, and more enjoyable for you to re-live and edit your photos on Windows 11,” the Windows Insider team explained. “The Photos app has been redesigned to align with the new visual design of Windows 11. This includes rounded corners and Mica material across the app.”

Hey - check this out - looks like the new Photos app is now available for Windows 11 Beta and Release Preview channels. pic.twitter.com/cqXE5tEUkJ

In addition, Microsoft has added some other noteworthy capabilities to the Windows 11 Photos app. The biggest change in this release is the addition of a new filmstrip that appears when users preview an image. It makes it easier to find the desired photo in a collection easily and eliminates the need to use navigation arrows. This update also brings a “multi-view” experience that supports selecting multiple images available in the filmstrip and comparing them on the screen.

Last but not least, the all-new Photos app is getting a floating toolbar at the top that provides quick access to editing options such as crop, rotate, view metadata, and much more. The toolbar comes with support for integrations with some third-party editors, and the list includes Adobe Photoshop Elements, Affinity Photo, and Corel PaintShop Pro.

It is important to note that this new Photos app is still in testing, and the Windows Insider team will keep listening to feedback while the app is in preview. We hope to see the redesigned Photos app land soon in the upcoming Windows 11 OS launching next week. Have you tried the new Photos app on your PCs? Sound off in the comments down below.