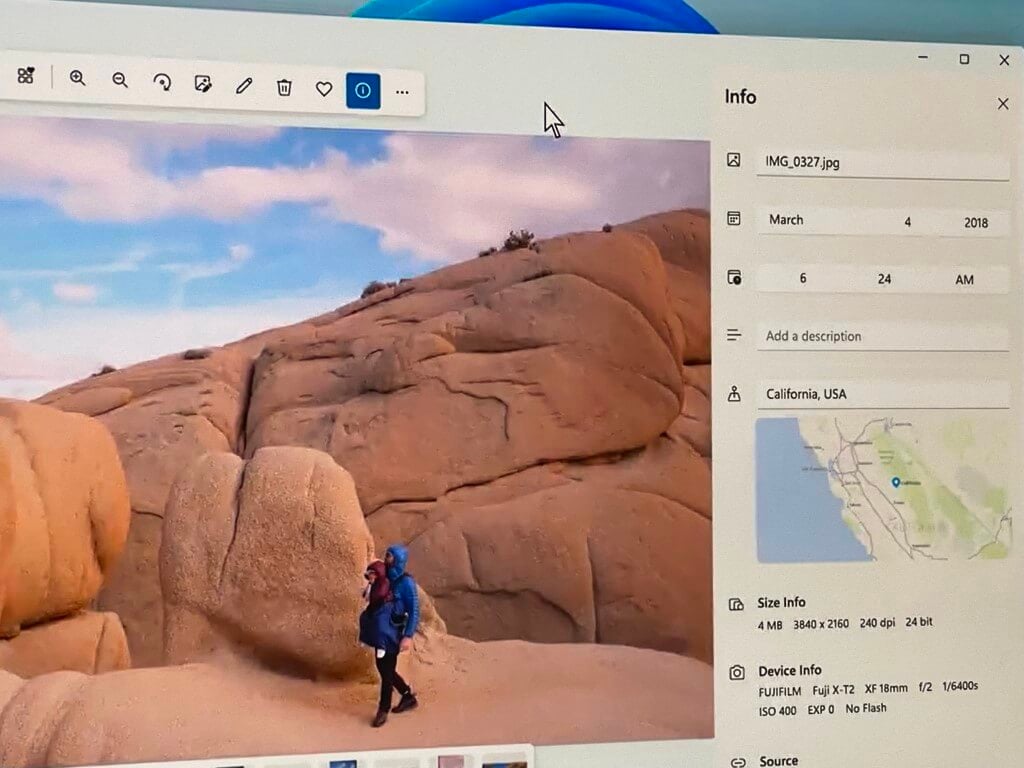 Last week, Microsoft’s executive Panos Panay teased an early look at a revamped Photos app for Windows 11 on Twitter. As spotted by some Reddit users, the Photos app has finally begun rolling to select Windows Insiders.

The new Windows 11 Photos app features a refreshed user interface and rounded corners. The floating toolbar at the top provides all the same controls for editing images, creating slideshows and collages, but these controls are more compact and in line with Windows 11's design language. The information pane has also received a few improvements, and users will now be able to get quick access to the date, location, size info, and other details on the right side of the screen. 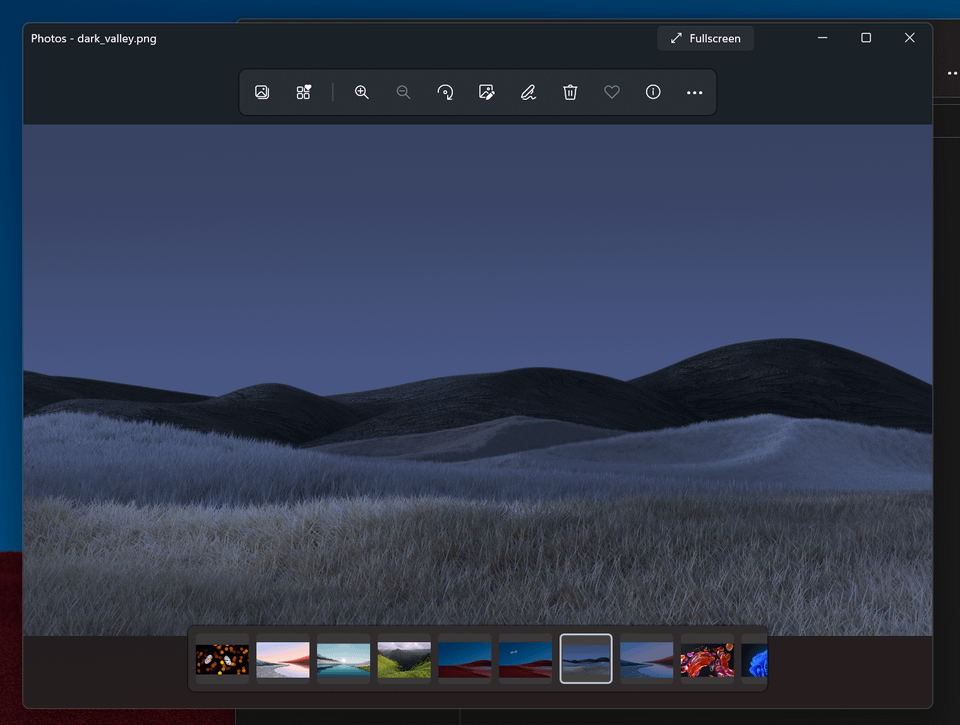 The new Photos app also adds a carousel at the bottom of the image viewer. Users can now see other photos in the same folder by moving their mouse near the bottom of the window. There is also the ability to select multiple images and display them on the same screen. This new app includes some elements from the existing Photos app for Windows 10, though.

It is important to note that the new Photos app appears to be rolling out gradually, so it may be a while before it becomes generally available for all Windows Insiders. In the meantime, a German site, Deskmodder has posted  a download link to the new Photos app for Windows 11, for either the Dev or Beta channels, if you're adventurous.