If you're a "Downton Abbey" fan or enjoy more scientific fare along the lines of "Nature" and "NOVA," then you likely spend some time perusing your local PBS channel. You've probably also been disappointed with the streaming options for Windows 10. Well, no more: a new PBS Video app has just been launched, and while it's only for Windows 10 PCs and tablets, that certainly better than nothing.

The app features Cortana and Live Tile support, so it embraces some of Windows 10's more important features. Here are the app's major features:

A variety of popular PBS programming will be available, including a number of Masterpiece hits to go with "Downton Abbey," such as "Mr. Selfridge" and "Wolf Hall." "Mercy Street," "Austin City Limits" and "PBS NewsHour" round out the examples.

So, grab the PBS Video app installed and get watching. That "Downton Abbey" binge won't be starting all on its own. 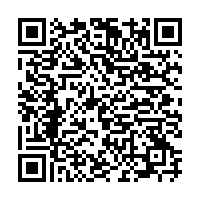