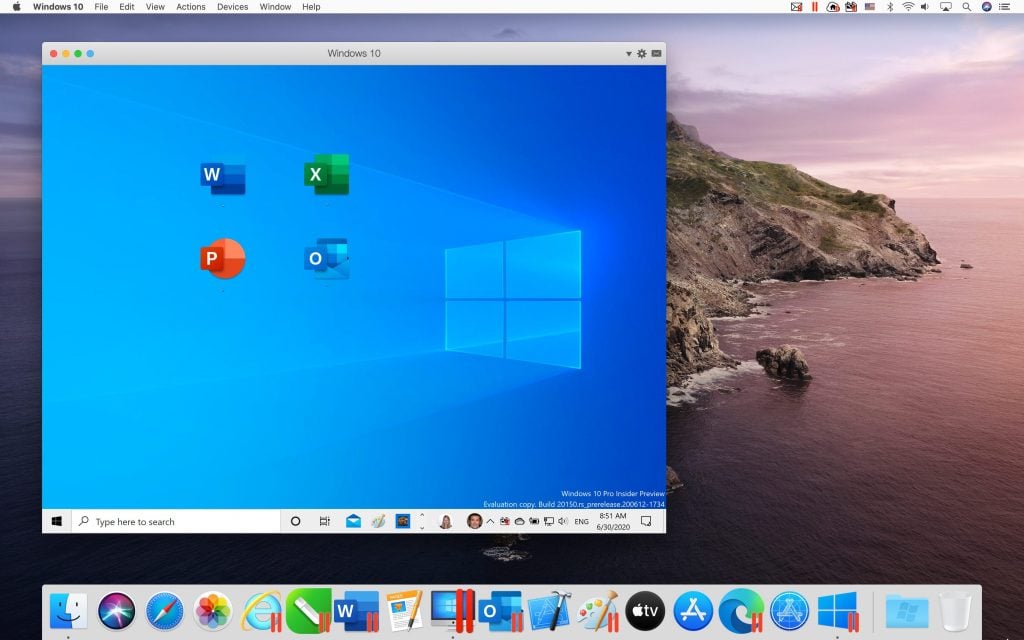 Parallels Desktop 16, the latest version of the popular virtualization software for macOS is available today with several new features. Parallels Desktop remains our favorite way to use Windows apps on a Mac without having to reboot it, and recent improvements such as Coherence mode also allows users to run Mac and Windows apps side by side while running a Windows virtual machine in the background.

New Parallels Desktop for Mac updates bring performance improvements every year, and Parallels Desktop 16 is no exception. The company says that the app now launches twice as fast, and it’s also 20% faster to resume Windows virtual machines from a suspended state. This major release should bring up to 10 percent longer battery life when Windows runs in Travel Mode, and Parallels Desktop 16 also introduces the ability to reclaim disk space automatically at shutdown, an option that should help users save a lot of space.

Thanks to improved Open GL 3 graphics in Windows, Parallels Desktop 16 can also run even more professional Windows apps that wouldn’t install at all in previous versions. The list includes the lighting design software DIALux evo 9, as well as the live presentation app ProPresenter 6. Compared to Parallels Desktop 15, DirectX performance is also up to 20% faster, and that should benefit Mac gamers interested in running Windows games. Last year, Parallels Desktop 15 introduced support for DirectX9, DirectX 10, and DirectX 11 via Apple’s Metal API, and Metal and DirectX currently work best on macOS Catalina or later.

Parallels Desktop 16 also brings support for Zoom and Rotate gestures for Windows apps that have zoom/rotation functionality, such as Microsoft's Maps app for Windows 10. This major release also provides full access to all features of Mac printers, including duplex printing and the ability to use more paper sizes. Overall, there's a lot to like in this release, and Parallels is planning more features for macOS Big Sur later this year including a refreshed design and native macOS virtualization.

Parallels Desktop 16 for Mac is available today at $99.99 for a perpetual license, and owners of a previous edition can upgrade for just $49.99. The upgrade is also free with a Parallels Desktop subscription ($99.99 per year, or $79.99 for new subscribers), which also includes free subscriptions to Parallels Toolbox for Mac and Windows and Parallels Access. If you've never tried Parallels Desktop before, Parallels offers 14-day trials for Mac users, and you can use that to install a Windows 10 virtual machine on your Mac in a couple of easy steps.