The education relations division of Microsoft might be able to take a quick breather as post pandemic-heights numbers show a "massive downturn" in Chromebook sales.

As Microsoft executives have already admitted, the surge of Chromebooks has taken the company by surprise and the matter was only exacerbated by home schooling demands led by the COVID-19 pandemic. However, a respite might be on the horizon for Microsoft as Chromebook quarterly shipping totals have begun to slip globally. According to both analytics firms Canalys and IDC, there was significant decline in Chromebook shipments for Q3. 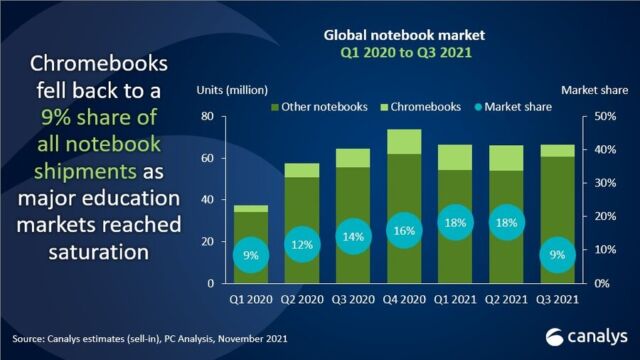 On the face of it, the decline seems negative, but in Canalys reporting, the "major downturn" in sales of Chromebooks comes as a result of saturation in ChromeOS-friendly areas such as the US and Japan. Another factor helping to deflate Chromebook balloon sales for Q3 is a roll back of government programs that propped up remote learning and homeschooling devices.

IDC's assessment is in line with Canalys and even triangulated with what Trendforce has agreed is a root cause of the softening of Chromebook sales in Q3 is a drop in remote education participants. In Trendforce's findings, the cliff is much steeper than IDC and Canalys as it reports a drop of 50 percent in a single month comparatively year over year.

As previously mentioned, the drop is a sign of successful saturation of an adoptive market for Chromebooks as identified by Canalys researcher Bryan Lynch.

Governments, education institutions, and households have invested heavily in Chromebooks for more than a year, and with so many students equipped with devices and schools returning to in-class learning, shipment volumes have fallen accordingly.

While many institutions blew their budgets on Chromebooks in 2020 and are easing up in 2021 on further investments, the FCC in the US is poised to subsides a second wave of Chromebook investments with a new Emergency Connectivity Fund. The ECF was a $7.17 billion dollar program to help schools and libraries provide tools and services to communities during the COVID-19 emergency period, and subsequently boosted Chromebook sales.

As part of the Biden administrations Build Back Better plan the ECF could see a $4 billion dollar infusion to help reinvigorate Chromebook sales in the coming months. 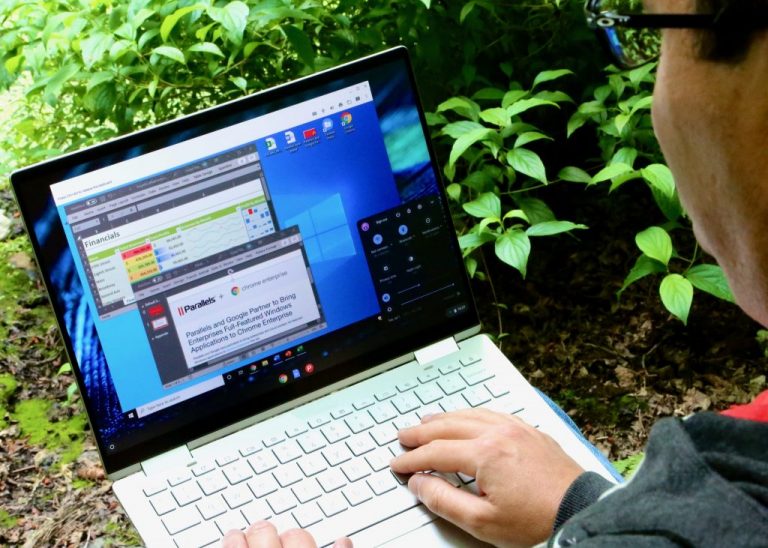 To put things in perspective, during the pandemic, Chromebooks enjoyed a high of 18 percent of global shipment market share for two three-month quarters but is now back to its pre-pandemic place at 9 percent.

The rest of the PC market declined but by only 2 percent at the same time and Windows PC still hold the lion's share of computing market share here in the US and globally.

However, Microsoft will need to eventually stop scratching its head about how to compete against the appeal of Chromebooks if plans to be a part of the next generation of malleable computer users.