Over half of unprotected Windows 7 machines don't run any AV software at all, says Microsoft

If Android finally beat Windows as the dominant OS for Internet usage this year, you can't deny that Microsoft's older desktop operating system remains more vulnerable to malware as of today. And if Windows 10 is the most secure version of Windows ever, the majority of users are still running older versions of Windows, without necessarily using up to date security software.

In its latest Security Intelligence Report, the company revealed that among all Windows 7 and Windows Vista PCs reporting statuses other than "Protected" to Microsoft, more than half of them have no antimalware software installed at all, which is pretty massive (via ZDNet). 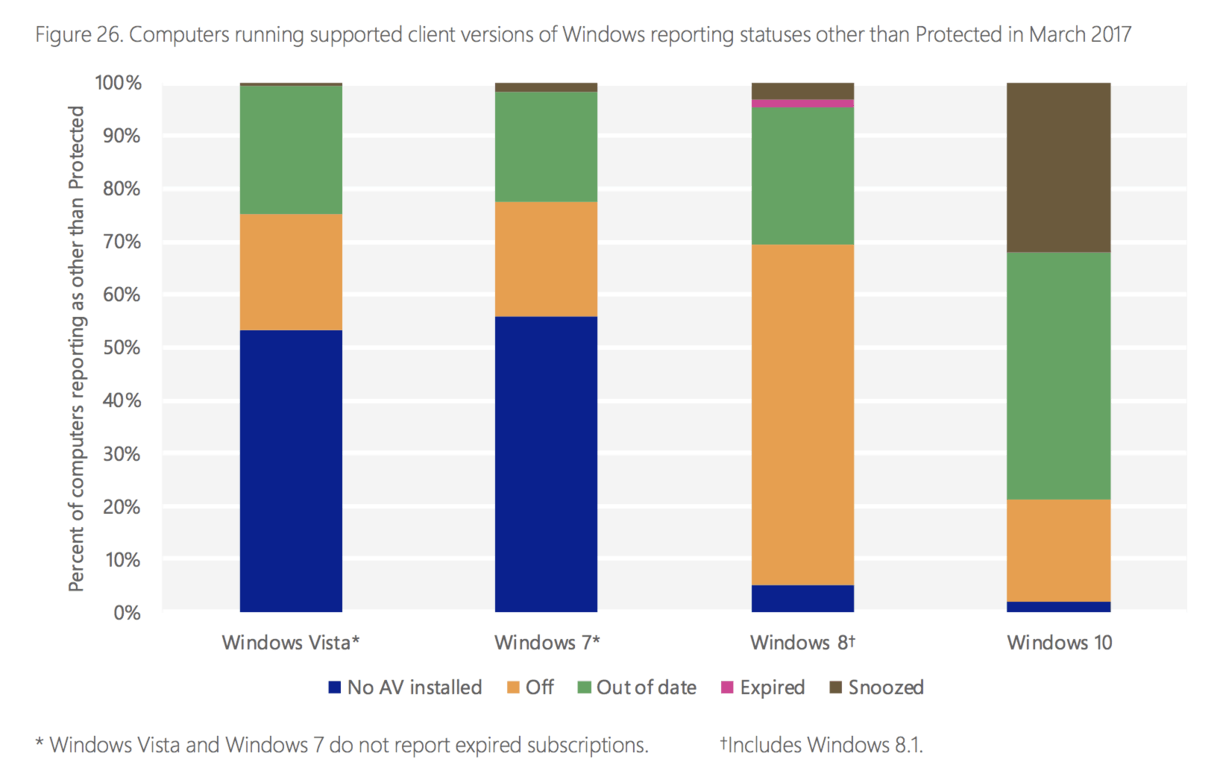 Starting with Windows 8, Microsoft decided to turn on Windows Defender by default when no other antimalware software is present, though as you can see in the above chart below, the majority of unprotected Windows 8 and Windows 8.1 PCs have their antimalware software turned off. "This is not always deliberate: a number of prevalent malware families are capable of disabling some security products, potentially without the user even knowing," explained Microsoft. The situation is not that much better with unprotected Windows 10 PCs: A big chunk of those machines are running with out-of-date signatures, and a significant part of the user base is also lacking full protection due to real-time monitoring being "snoozed."

In this other image, you can see which are the countries and regions with the highest percentage of computers reporting as protected by real-time security software in March 2017: these include Finland (92.%), Portugal (90.3%) and Denmark (90.2%). 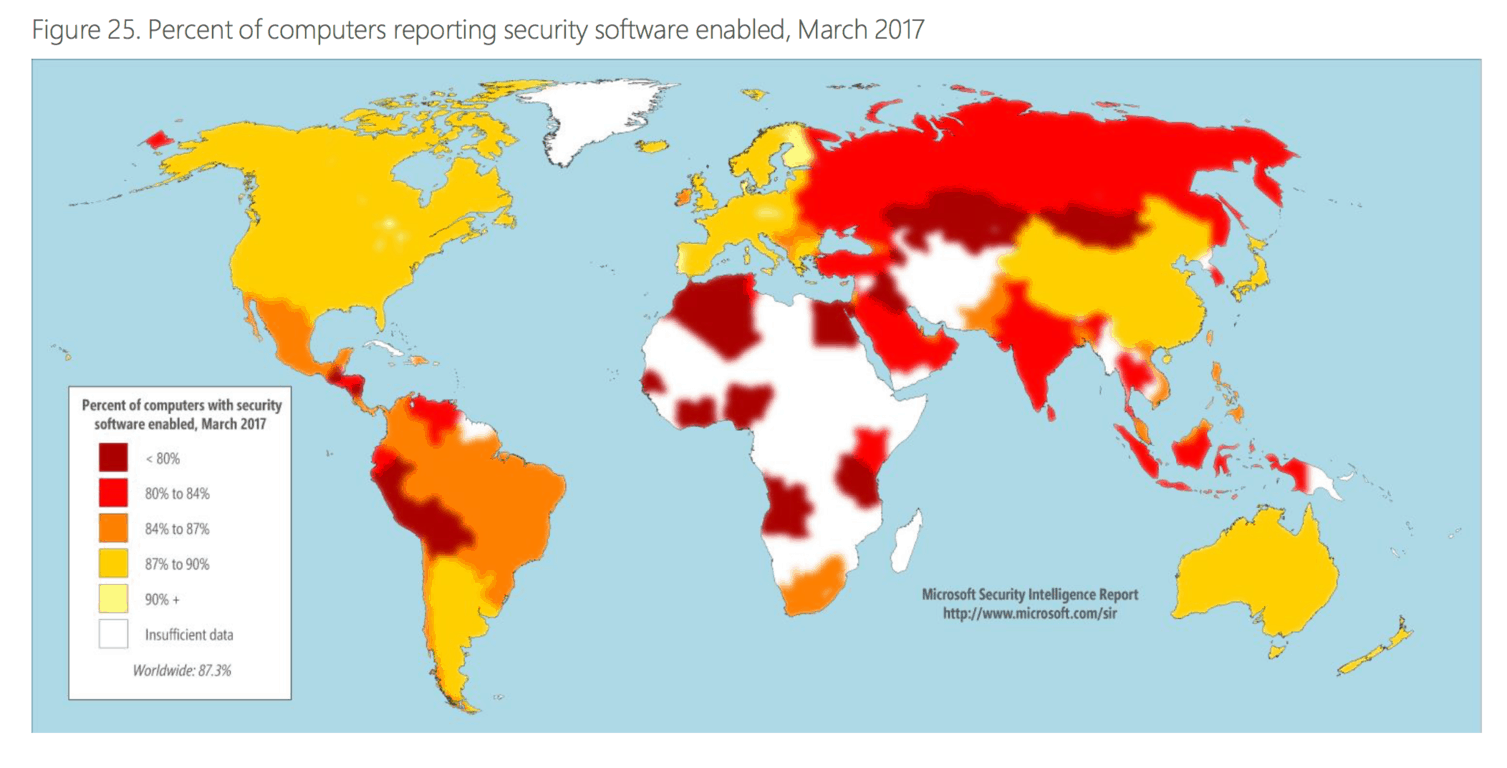 If your PC is connected to the Internet, it's worth reminding that it's always recommended to install Windows security updates and make sure that your antivirus software is up to date. We invite you to check the full report for more insights about the latest security threats.