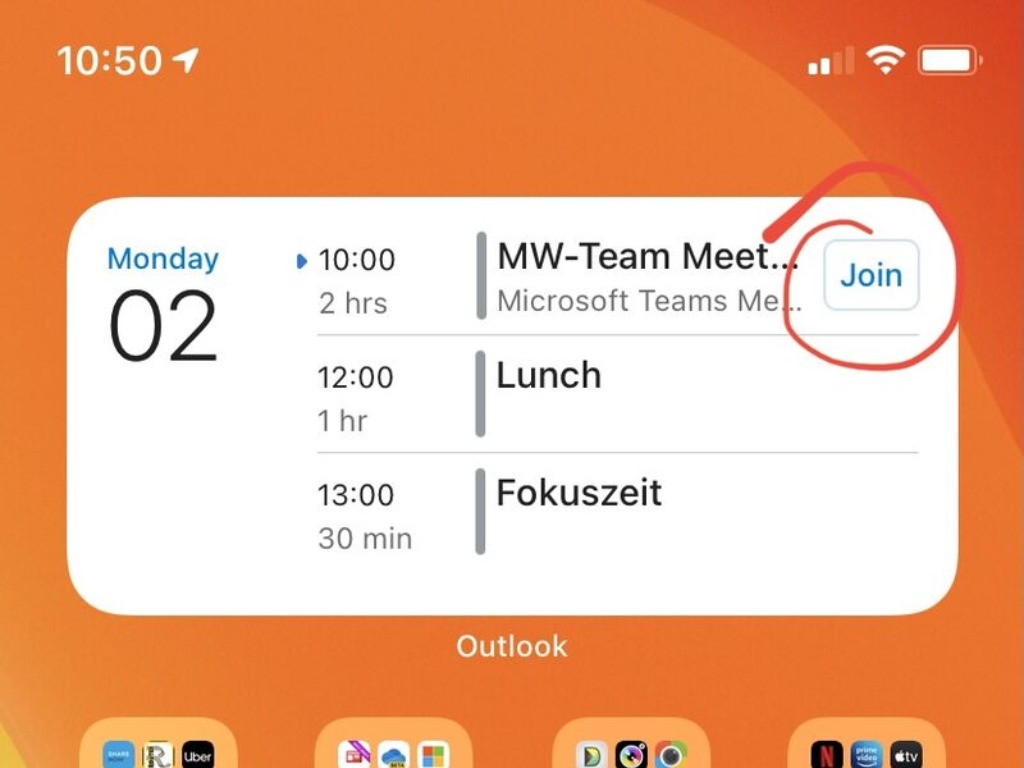 Microsoft Outlook is about to get a new Meet Now feature that will allow users to start an instant meeting in Microsoft Teams. The update initially appears to be targeted at the Outlook Windows client first in December, with the iOS version of the app to follow in the coming months.

Currently, meeting organizers have to set up a video call by creating a link in their web browser or with the Teams desktop client by clicking the Meet Now button. This isn't a smooth workflow for people who often need to deal with back to back meetings. With the Meet Now option, Outlook users will be able to instant Teams meeting right from the Calendar tab on their Windows PCs.

With the upcoming update though, joining meetings in the iOS version of the app is also about to get a whole lot easier. Stephan Frühwirth, a Digital Workplace Specialist at Microsoft, revealed on LinkedIn that the Outlook widget for iOS14 will show a “Join” option for users’ upcoming Teams meetings. It is important to note that the iOS Widgets are only supported on iOS 14 released earlier this fall.

Apparently, the iOS app will support some other video conferencing services as well. A Twitter user named Tero Alhonen posted on August 10, “You'll now see a Join button on events from common online meeting providers such as Zoom, WebEx, BlueJeans, and GoToMeeting.” However, it remains to be seen if Outlook for Windows will offer similar capabilities too.

Needless to say, the new meeting experience should help participants boost productivity, and it could end up leading more people to use the Teams Meet Now option. Overall, it’s good to see that the meeting experience is evolving, especially when Microsoft Teams currently has more than 115 million daily active users.