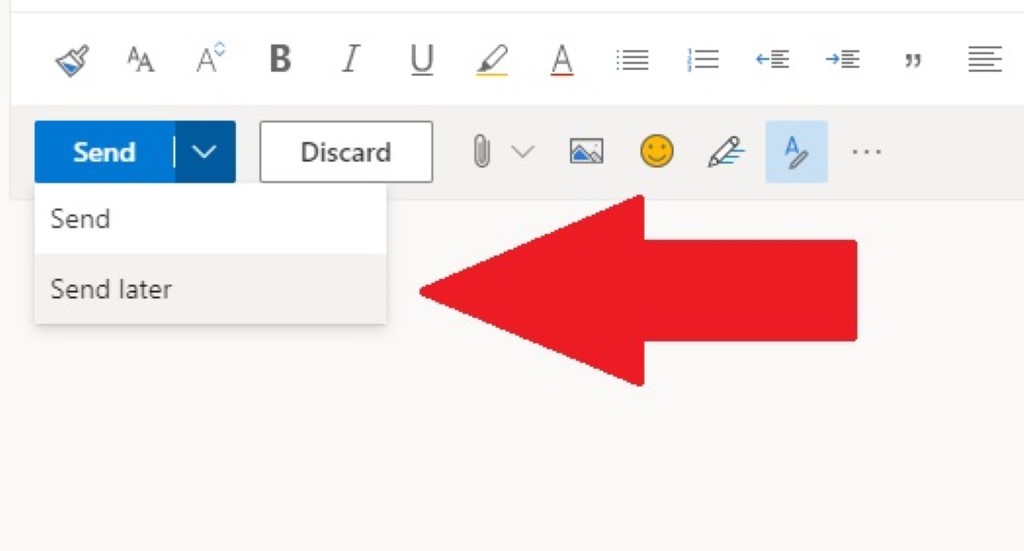 Microsoft has started rolling out a new “Send later” feature for Outlook on the Web that allows you to schedule your emails to be sent at a later time or date. Microsoft’s Product Manager Mike Tholfsen announced the feature on Twitter yesterday (via Neowin), though you may not see it right away.

NEW! Now you can schedule a mail to be sent at a later time or date using Outlook for web.

For those who don't know, the schedule an email option is already available on the Outlook desktop client, and it will be a welcome addition for users of Outlook on the web who prefer to compose emails in advance and want to send them at a later date. To access this feature, navigate to the dropdown arrow beside the send button, click on the 'Send later' option, and you will now see a pop-up that will allow you to choose the time and date for scheduling the email.

If the feature is now gradually rolling out to all the Office 365 enterprise subscribers, Microsoft's Mike Tholfsen also confirmed that Send Later would also be available on the Outlook.com webmail for consumers. Have you spotted the feature on your PC? Sound off in the comments section below.