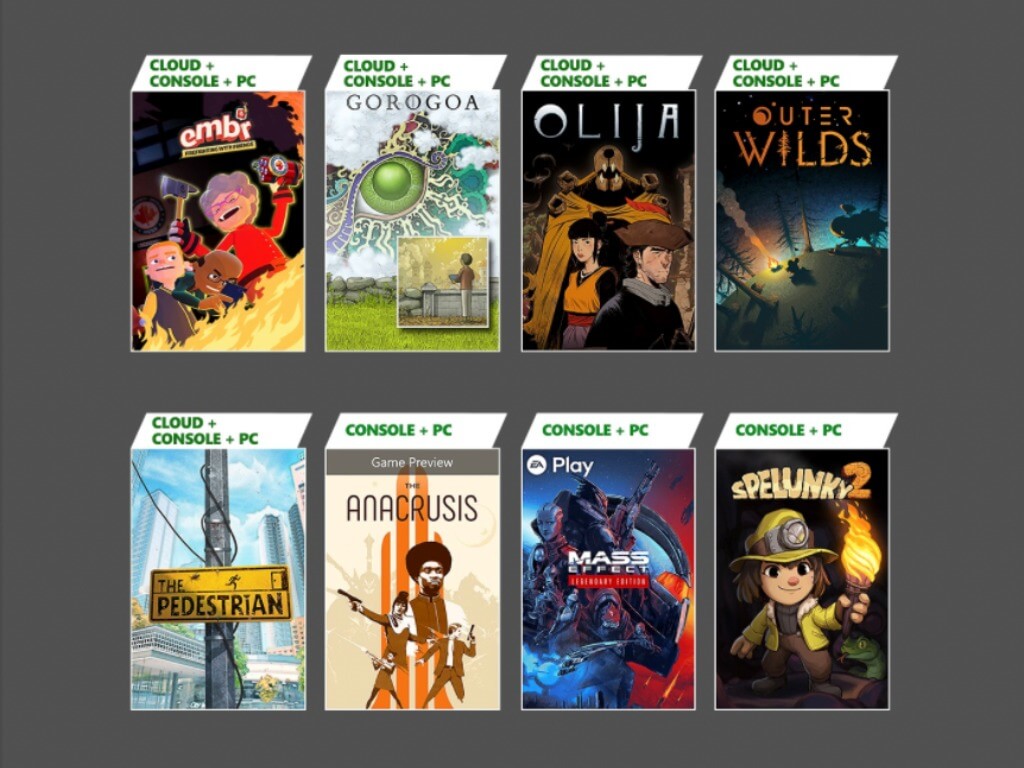 The Xbox team has just revealed that Outer Wilds, Mass Effect Legendary Edition, and other awesome games will join Xbox Game Pass for Console, PC, and Cloud in January. The remaster of BioWare’s Mass Effect trilogy is definitely the biggest game to hit the catalog this month, though it will only be available via EA Play for Xbox Game Pass Ultimate members.

Three [email protected] games, Gorogoa, Olija, and The Pedestrian are available on Console, PC, and Cloud starting today. Other interesting additions later this month include the roguelike platformer Spelunky 2 and a new 4-player coop shooter named The Anacrusis, which will launch on day one on Game Pass via the Xbox Game Preview program. You can find the full list of new Xbox Game Pass games coming in January 2022 below:

The Xbox team also announced today that six games will leave the catalog on January 15: The list includes Desperados III, Ghost of a Tale, Kingdom Hearts III, Mount & Blade: Warband, Pandemic, and Yiik: A Postmodern RPG. PUBG: Battlegrounds will leave Xbox Game Pass earlier on January 10, but the game will become free-to-play on all platforms two days later on January 12.

How to change your background on Microsoft Teams