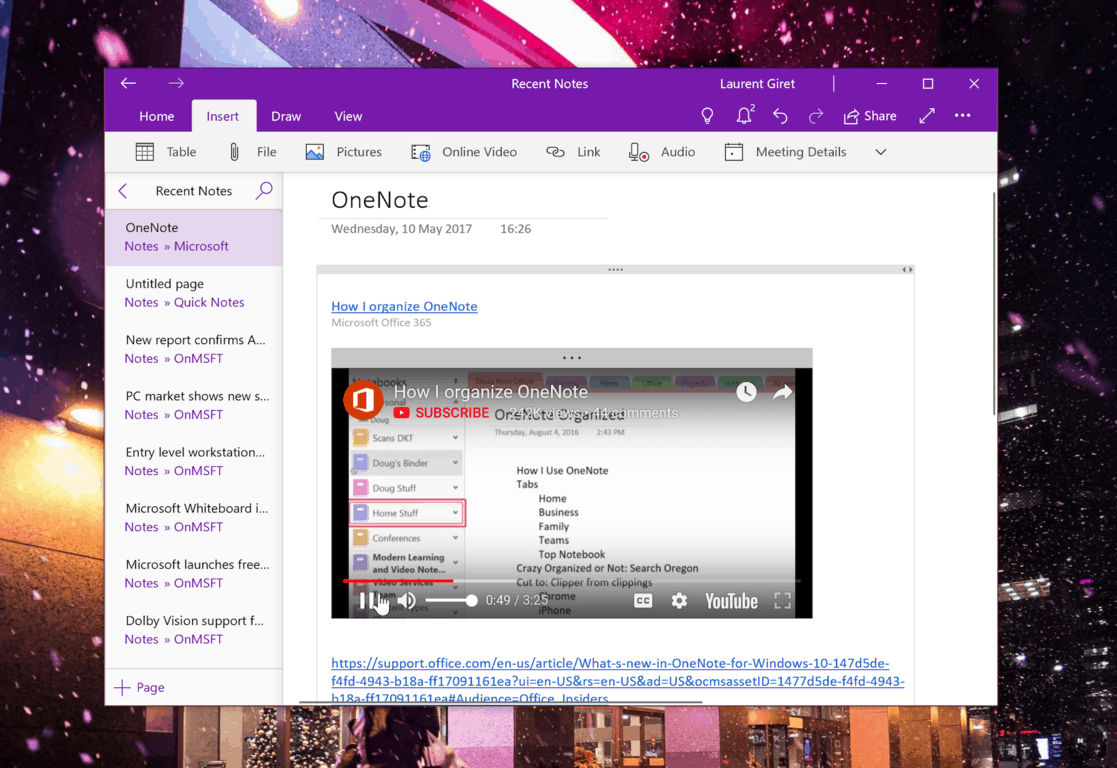 OneNote for Windows 10 is set to become the default OneNote client in the upcoming Office 2019 release, and Microsoft has been iterating fast the make the modern app as good as the legacy OneNote desktop app. We’re not quite there yet, but Windows 10 users and Windows Insiders have both new features to check out this week.

Hey OneNote fans! We just released a new update on Windows 10 (version 16.0.10325.20049) with a number of features based directly on your feedback. As always these features are rolling out, so if you don't see one of them yet then check back soon. Here's what's new for everyone:

In a long Twitter thread, William Devereux, Product Manager for OneNote detailed everything that’s new in the version 16.0.10325.20049:

If you’re a Windows Insider or Office Insider, you also the following new features to check out in the latest build:

The OneNote team has "even more features coming soon" according to Devereux, and as usual Windows Insiders and Office Insiders will be able to test the improvements before anyone else.