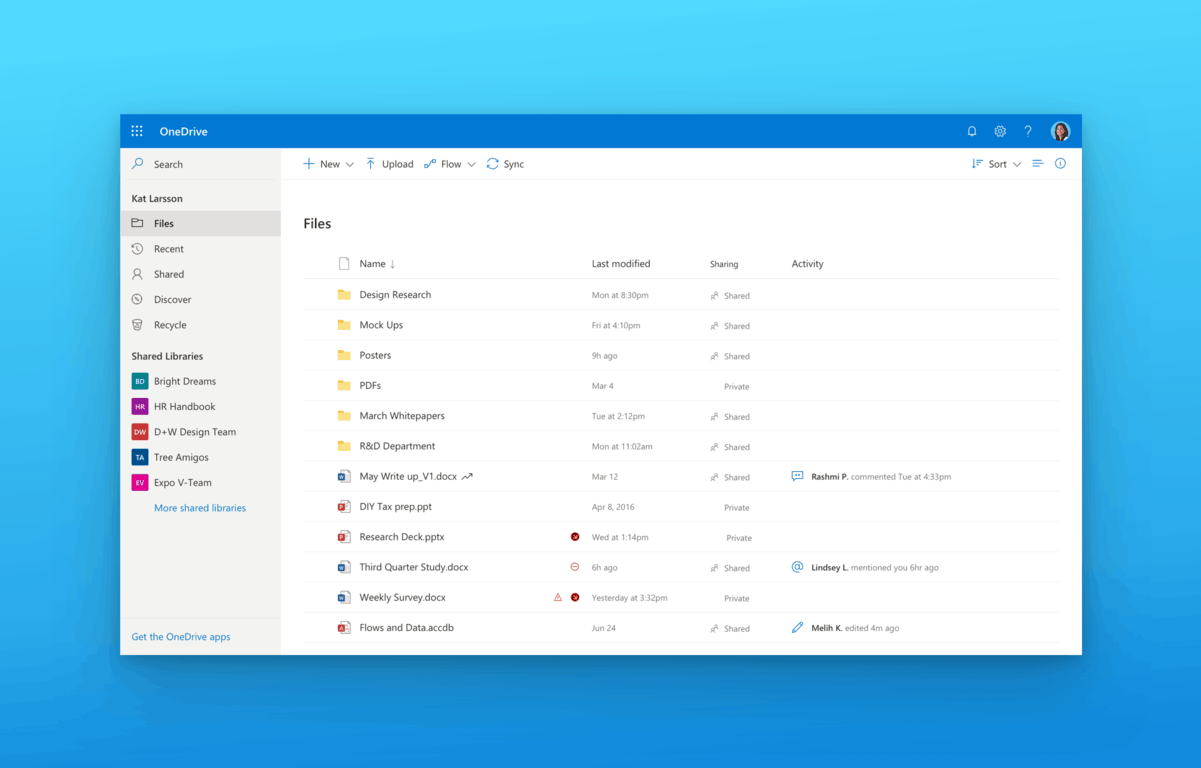 Along with a redesigned set of icons for Microsoft's core Office 365 and other apps, the tech giant is also giving the OneDrive web app a fluent design makeover. The company is improving the color palette to match the designed of its other apps, giving users a familiar experience across its various online services. For OneDrive, this means changing the black navigation bar to blue, and swapping the dull grey folders for brighter yellow ones.

Of course, design consistencies aren't the only thing the OneDrive team has been working on. In addition, Microsoft is also adding a Recommended files feature, which as you might have already guessed, recommends files it thinks you will most likely want to open depending on your usage habits. The company is also adding a Recent files feature, which in addition to Recommended files, is there to help users access files with increased ease.

Microsoft is also adding features to give users more information about their files even before they open it. One of those includes a new file card to allow users to access quick information about a documents, including the time it takes to read, and key information within it. Additionally, users will be able to see recent document activity as well, which will be located to the farthest right column when viewing files in list view. The company is also adding icon indicators as well to signify trending content, previously checked files, and protected content.

Lastly, Microsoft is making it so that users can access file meta data from share libraries from OneDrive on the web, in addition to the application for Windows and Mac users. The tech giant lists the initial set of features includes:

The company says that the changes will gradually role over to users over the "coming weeks," citing that further testing is required before the full rollout. After all, they certainly don't want another file deletion disaster on their hands.